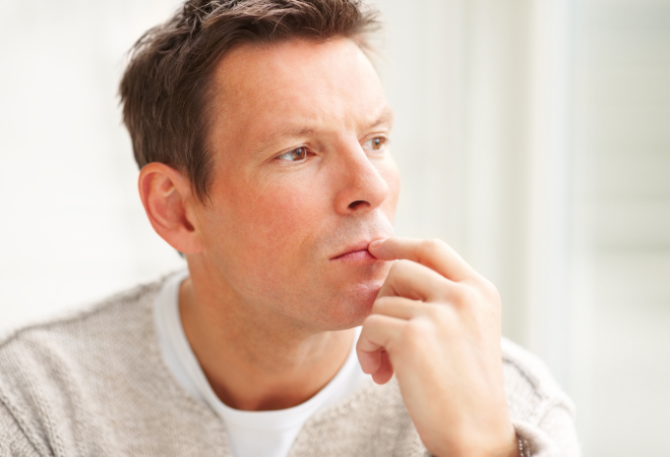 A U.K. man is grappling with whether to tell his ex-lover’s wife that he’s been sleeping with her husband, or if he should simply walk away, so he’s seeking help from advice guru Coleen Nolan.

“I’m a gay man in my mid-thirties and, for a few months, I was sleeping with a straight married guy, who’s a few years older and has a child with his wife,” the man’s letter begins.

He goes on to say that he “really fancied” the guy and found the whole thing very “exciting” in the beginning.

Related: Sexually frustrated straight guy considers going gay, but is he up to the task?

“But then it became stressful having to sneak around,” he says, “and I actually started to feel very bad for his wife.”

His guilt only increased when he went over to the guys house for a booty call while his wife and child were out of town.

“I saw all these happy family photos and felt so bad that I was sleeping with her husband in her bed and she knew nothing about it,” he says. “I had to ask myself what kind of guy I was involved with.”

On top of that, he says, “I used to hear him on the phone lying to her about where he was when he’d just been having sex with me.”

“I’m not the first guy he’s cheated on his wife with,” he continues, “and I’m sure I won’t be the last.”

Now he wonders: Should he tell the wife so she can escape “this sham of a marriage and find happiness with someone else” or is should he simply walk away?

Related: Straight Guys Sound Off On How Much They’d Have To Be Paid To Hook Up With Another Dude

“I’m torn between wanting to see him get his comeuppance or just walking away and leaving them to it,” he says.

“There’s a small chance she knows he lives a double life and chooses to turn a blind eye to it,” she writes in her response. “I’ve known people in that situation.”

On top of that, she says, “if she doesn’t know anything, yes you’d get some kind of revenge on this guy by telling his wife–if revenge is what you’re after–but you’d also shatter her life and it wouldn’t make you feel any better.”

At the end of the day, Coleen believes the husband is “living in denial” and “taking huge risks.” Sooner or later, that’s going to catch up with him.

“I’m pretty sure it’ll come out at some point and his wife will, sadly, have to deal with it,” she says.

Related: Straight Guy Seeks Advice After He Decides To Date A Man

Ultimately, Coleen writes, “you shouldn’t have got involved with a married man, but you have to move on and learn from it, and not put yourself in that position again. Focus on finding a single man – there are plenty of them out there.”

What do you think? Should this guy confront his ex-lover’s wife and potentially ruin her life, or should he let it go and move on? Share your thoughts in the comments below…