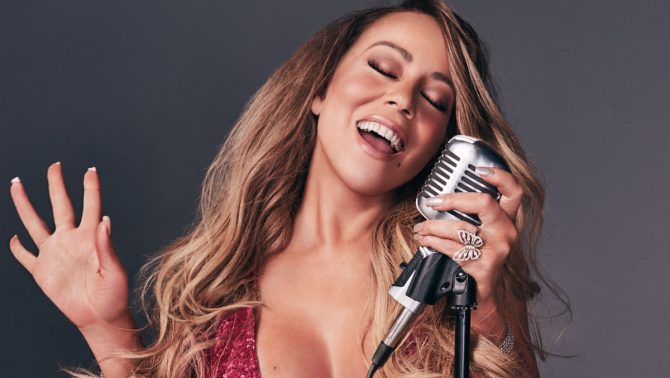 Pop siren Mariah Carey has just announced her latest career venture: an adaptation of her autobiography The Meaning of Mariah Carey. Carey intends to pen the script herself, and possibly direct.

Carey, the singer known for such hits as “Emotions,” “Always Be My Baby” and perennial holiday favorite “All I Want for Christmas is You,” tells industry outlet The Hollywood Reporter that she’s in early talks to pen the script for either a limited series or film adaptation of her memoir. For Carey, it would mark her first foray into screenwriting.

Related: Mariah Carey reveals sister drugged her and tried to sell her to a pimp

“Me, and a secret friend of mine,” the 50-year-old songstress said, “are talking about [an adaptation] and what it would look like. People have also been reaching out to me about it…people I haven’t heard from in years saying this has to be a series or a movie or whatever it’s going to be. These things take a long time, so it’s going to be what it is, but I believe in it. I’m really looking forward to it even just as a viewer, seeing these stories come to life.”

Carey also teased the possibility of directing the adaptation herself, which would also mark her first directorial effort outside the Hallmark Christmas movie A Christmas Melody, which she directed and starred in 2015. If she did direct, Carey would follow in the footsteps of fellow pop icon Madonna, who is currently set to direct her own biopic from a script by Oscar-winner Diablo Cody.

When it comes to the big screen, Mariah Carey has a checkered history. Despite acclaimed turns in the films Precious and The Lego Batman Movie, Carey’s most notorious outing remains the bomb musical Glitter. The film debuted in 2001 to disastrous reviews and became an infamous bomb.