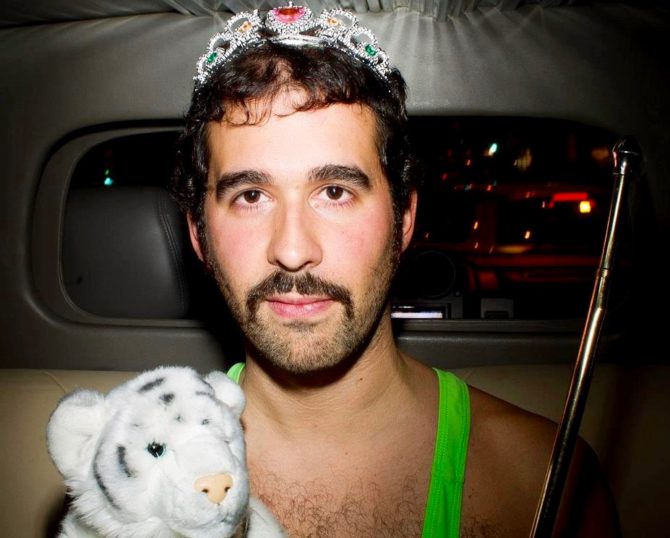 According to the Asexual Visibility and Education Network, an asexual is “someone who does not experience sexual attraction.”

So is it possible to be asexual and gay?

According to Mateo Sancho Cardiel, the answer is yes. And he’s living proof.

Cardiel is originally from Spain but currently lives in New York. He’s the author of Anticlimax: A personal essay on desire, and the lack of it, available on Amazon.

“When I was a teenager, I was very excited about the idea of having sex one day,” Cardiel writes in a new piece published by The Revelist. “But when the moment finally came, I was more than disappointed. I didn’t feel like my partner was the problem–it was me.”

At first he figured it was just because it was his first time, and first times, he’d heard, were usually “awful.”

“But a number of partners and years later,” Cardiel writes, “sex still wasn’t doing it for me.”

“I started to recognize that my sexual impulses were lower than the ones I perceived in my lovers. The few times I actually found myself enjoying sex were when it was quick and to the point.”

Just to be clear, Cardiel says not everything about sex bothered him.

“I actually really enjoyed the seduction aspect of it, including everything from flirting to honest conversation,” he says. “It was the actual performance itself that turned me off.”

By the time he reached his mid-20s, sex felt like “going to the doctor and allowing sensitive parts of my body to be explored in a very non-sexy way.”

Yeah, that doesn’t so sexy.

Related: Asexuals are tired of your crap, demand greater visibility

I was essentially hurting the men who dared to love me. So many of them were originally up for the challenge, only to eventually find themselves feeling miserable and insecure because of my unenthused genitals. They wanted to help me, but I felt no need to be fixed.

Eventually, he found someone who was “up for the challenge.” Six years later, they’re happily married.

“My husband understands and appreciates me just the way I am and was open to discuss how we both can be satisfied,” he explains. “We found our way.”

So is it natural not to love sex? Cardiel wonders.

What he does know is that “it’s OK for me to express my needs and wants without being apologetic.”

“It wasn’t until I arrived at that place that I was finally able to be honest with myself and experience true sexual satisfaction for the first time ever.”