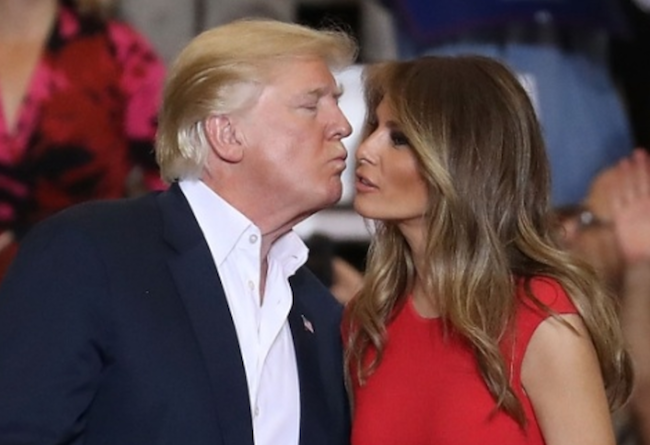 Fact is, we may never know why Melania Trump took it upon herself to like a tweet that unambiguously critiques the emotional chasm that seems to stand between she and her husband:

Seems the only #Wall @realDonaldTrump's built is the one between him and @FLOTUS #Melania #trump pic.twitter.com/XiNd2jiLUF

It took about 45 minutes for someone inside The White House to realize the “like” had been noticed and it was later removed.

But not before Twitter took numerous screenshots and went into overdrive:

Life comes at you fast. pic.twitter.com/YnduA0eWyM

Melania Trump just liked a tweet about her dislike for Donald as only her second "like" ever.

You can't make this stuff up. pic.twitter.com/4m0aVnECOW

Melania Trump liked a tweet about how much she hates her husband, so it looks like she's finally started that anti-cyberbullying campaign. pic.twitter.com/yFQJFs1eJm

Talking to People, Melania Trump’s communications director said, “The First Lady wasn’t aware of any of this until I brought it to her attention. It isn’t her primary account and we have since changed the passwords.”

There may be no getting to the bottom of this. Ever.

Out of bounds
25 comments