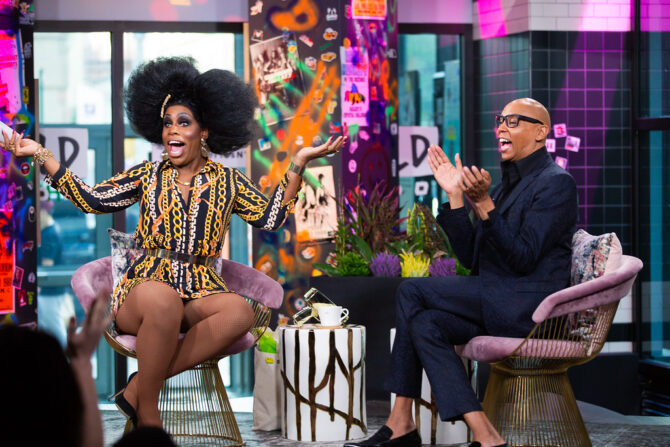 Rupaul’s Drag Race All Stars 7 is well underway, and with it has come the return of one of our favorite All Stars twinners, Monét X Change. This three-time competitor and former Miss Congeniality is in it to win it, and with her subtle mind-game to back it up, she just might take it!

We caught up with Monét to discuss her All Stars 7 master plan, her recent encounter with the platinum plunger at the hands of The Vivienne, and to hear once and for all whether her or her sister Bob the Drag Queen is the better Pit Stop host.

When a hypothetical Monét X Change biopic finally enters production, who are you going to cast to play you and why?

That’s a hard one, with these Gen Z’s… I don’t know anything about who the young Monét X Changes in the house are. At first glance, someone who I feel like would really do me justice in terms of beauty and physicality? Probably Normani.

Now when they do the Sylvester biopic, I am definitely playing Mr. Sylvester in the movie. For sure. 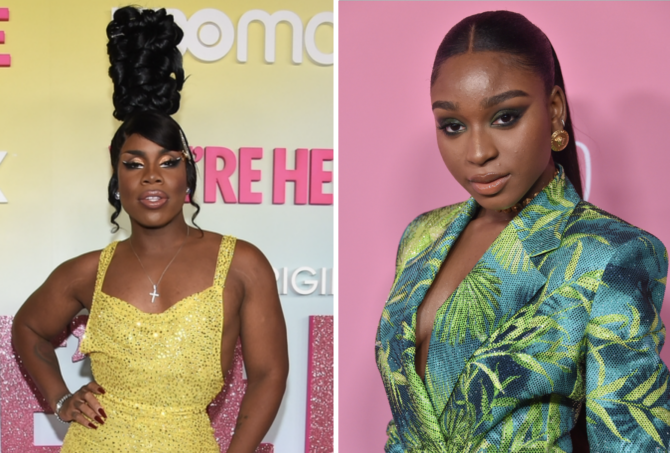 We have to talk about your Survivor gameplan. You are putting up levels of strategy we haven’t seen since Shangela tricked Carmen Carrera into giving her the Country genre. Can you tell us about your master strategy and whether things were going according to plan up to this point in the season?

In the “Pon de Replay” [pandemic], I watched a lot of Survivor. I am here for a Drag Race/Survivor crossover – Jeff Probst, what’s good? – and I came to play the game. This is my third time doing Drag Race; I had no inhibitions, I had nothing I was trying to prove to anyone, I literally only wanted to go and have fun, which I am doing. I’m playing this silly strategic game which only Trinity is engaging. Everyone else is like, “I don’t know…” I’m like, “Girl, what is wrong with you people?” I just came to have fun.

Up to that point it was actually going really well. Jinkx wanted to block me, but Jinkx and I paint together and I’ve definitely been sitting there with her and been like, “you know, I just think that maybe that’s gonna happen…” and Jinkx is super analytical so I’ll say something and she’ll be like, “yeah, you do have a point…”

It’s just me doing that and doing the same thing with Jaida, so I am playing a strategic game. Spoiler alert if you haven’t seen it, but it worked up until this point.

If The Vivienne is reading this, I’m gonna say this: you better watch out b*tch, because if I get the opportunity – if I do, who knows what’ll happen – I’m coming for you next.

It looked platinum in person, but girl, it fully looks gold on camera. It’s that weird TV magic; I don’t know what happened. Long story short, get your glitter from the dollar store. Do not get it from Michaels.

What was your immediate thought when you got blocked?

My immediate thought was, “Oh, she’s going to Jaida” because she did a little subterfuge. She was a little sneaky in her little plunger-giving. As soon as I got it in my hand, I was like, “Not this British b*tch coming into my country and assaulting me on national TV with a plunger.” Then I gathered myself and I immediately thought, “Now I need to win so I can block her back.”

Other than just talking about this season, we put together a little question concept just for this interview called Boast or Toast where you can either deservedly toot your own horn or toast to one of your competitors. For instance – Boast or Toast, Bob the Drag Queen: Which one of you is the better Pit Stop host?

Oh, boast myself! Bob is funny, but to quote Tiffany Pollard, he just doesn’t have the vernacular he thinks he possesses. Someone lied to him several times and told him that he was fly, hot, and a fierce Pit Stop host, but he’s nothing like that. He’s nothing of the sort.

Not an old maiden type of host!

He’s an old maiden type of host. Boast me honey, I am the greatest Pit Stop host ever!

Oh, she’s coming for the Emmy.

Boast or Toast, Trinity the Tuck: She won her makeover on season nine, and you won yours on All Stars 4. Which was the better makeover?

Actually, I’m gonna toast to Trinity. Her makeup was great, and she made over Rizzo, who used to work on Drag Race. He was there for season ten when I was there. Rizzo is really dope and Trinity did a really good job. Also, outside of that, Trinity is honestly a drag queen’s drag queen. She’s super helpful. Trinity is very kind, Trinity is that b*tch, and since All Stars 4 I’ve definitely grown to love Trinity a lot. She really is a fabulous person.

It seemed like she helped everybody during the Ball.

You know she loves balls, girl.

Last Boast or Toast, Mo Heart: You did two seasons together, but now you’re finally competing in your own separate seasons. Which is the better third season, UK vs the World or All Stars 7?

You already know the answer to this d*mn question. Girl, All Stars 7! It’s a totally different format. I think the fans are speaking about it, and they’re really enjoying the season. I have to say, filming it we were like, “Oh, we don’t know if they’re gonna like it because we think people want more drama and no one’s going home,” but the fans are really enjoying it. They love this format. It’s really gagging the children. It’s really great. I love it too! Love, love, love it.

Your strategizing specifically is giving us the drama we need.

I know! I’m by myself over here. “Oh, we should only block the girls that have a star” – no, f*ck that, b*tch I’m blocking! I’m coming for that f*cking British ass, girl. I’m on her like white on rice. I’m gonna be on her like the white on her skin, honey. Okay? I’m going to get that wh*re.

Outside of the All Stars 4 crowning, when was the first time you’d say that you felt like a winner in your career? What did that moment mean to you?

I had amazing guests, all these great celebrities like Iggy Azalea. When they asked me about my dream guest, I was like, “Rupaul,” thinking it’ll never happen, right? Then two weeks later they were like, “Oh, Rupaul is booked.” I was like, “No he’s not” and they’re like, “Yeah, Rupaul will be here on whatever date.”

Rupaul came and I got ready, I went upstairs to his green room and I knocked on the door to meet since I meet all the guests before the show. I opened the door, he stood up and he said, “Monét X Change, look at you. This b*tch done got a talk show!”

Did she return the favor and have you on her rebooted talk show?

You know, Ru had a lot going on and I’m sure that I was just too busy. Listen, wherever Rupaul will have me, I’m there, girl. When we finally do Drag Race Bosnia, I think I’m the top contender to host it.

Related: Why ‘Drag Race All-Stars 7’ is THE season to watch