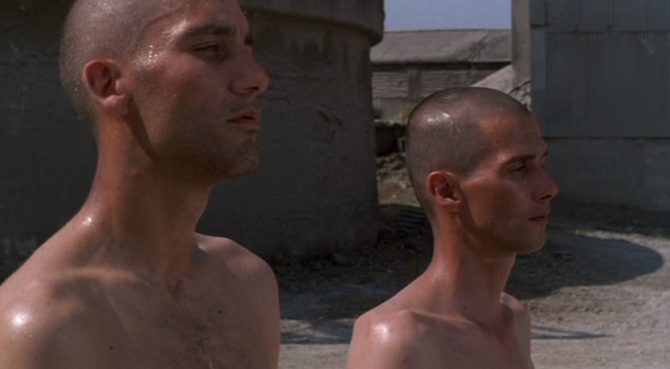 This week commemorated the fallen victims of the Holocaust with Holocaust Memorial Day. While pop culture tends to shorthand the Holocaust as a purging of Jewish people from Europe, the Nazis didn’t stop there: Poles, communists, the handicapped and political prisoners were targeted as well, along with LGBTQ people.

Bent the 1997 film by Sean Mathias, retells the story of the persecution of gay men during the Holocaust era. Clive Owen stars as Max, a gay man enjoying the hedonistic life of 1930s Berlin (see also: Cabaret). During the Night of Long Knives, soldiers arrest Max and his boyfriend, sending them off to a concentration camp. There, Max faces homophobia from his fellow prisoners. Ultimately, he must face an awful truth: that living as a gay man will cost him everything, and in the cruelest way possible.

Audiences couldn’t quite stomach Bent when the film debuted given its subject matter, and given director Mathais’ controversial decision to make the film evolve from a drama into an outright horror picture over the course of its runtime.  That said, the movie does tell an important, if oft-overlooked part of the Holocaust narrative. Owen gives a fine, credible performance in the lead, while Ian McKellen and Mick Jagger (as a drag queen) play key supporting roles. Paul Bettany, Rachel Weisz and Jude Law also have early bit parts, adding to the film’s mystique.

Given the passage of Holocaust Memorial Day, the ongoing conversation about systemic racism and the disquieting coziness between certain Republican politicians and the neo-Nazi Alt-Right movement, Bent feels oddly prescient–perhaps more so today than when it hit screens 23 years ago. Gritty, operatic, and painful, we offer up Bent as a memorial to the past, and a reminder: even when queer culture flourishes, there are always dark figures standing just outside the door.