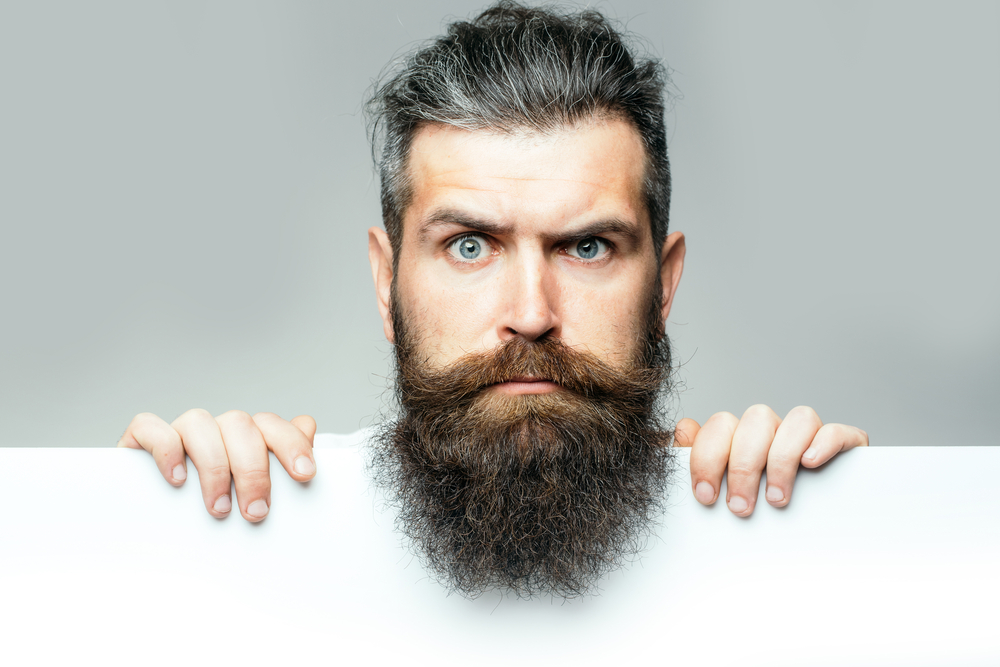 A recently published study of over 100 primates, including humans, found that those with “showy” facial hair often had smaller testicles. This doesn’t mean that beards equal smaller balls, but it does suggest that men use beards as a “sexual ornament” to help lure potential mates and make up for other shortcomings. (But we already knew that, right?)

The study, published this month in the journal Proceedings of the Royal Society B: Biological Sciences, compared the sexual traits of over 100 primate species and found that many primates use different “sexual ornaments” — like bushy hair, beards, “fleshy swellings and colorful skin patches” — to help them lure sexual mates and intimidate romantic rivals.

It also found that the more “sexual ornaments” a primate had, the more likely that his testicles would be smaller on average. Smaller testicles tend to produce and carry less sperm. And for primates looking to reproduce, the less sperm you deposit into a female, the less likely your chances of impregnating her with your genetic offspring.

Thus, primates with smaller testicles have developed “sexual ornaments” as a way to lure females to them exclusively, reducing the chance that they’ll mate with other men.

Related: There’s a 50/50 chance that scruffy dude you woof’d has something very disturbing in his beard, study finds

It’s most likely that male primates develop these traits genetically rather than as a deliberate choice. So what does this mean for male humans?

Lead researcher Stefan Lüpold, an evolutionary biologist at the University of Zurich, says that the study suggests “It’s hard to have it all.” That is, primates develop showy, attractive physical features to make up for a potential lack of potency. Primates with larger testicles are more likely to devote their cellular energy to fighting and fruggin’.

Put another way, if you think you lack sexual potency below the belt, you may invest more energy into making yourself glamorous. This doesn’t mean every beautiful man with a beard, flashy clothes, theatrical flair and muscles has got small testicles. It just means that men may use those features, deliberately or unwittingly, to show other men that he’s “still got it.”

This is just the most recent beard study that has our fascination. A 2017 study found that gay men were more attracted to bearded men than heterosexual women were. You may have also heard of a 2015 study that declared that beards were filthier than public toilets, but that claim was found to be totally untrue. So cuddle away, you hairy primates!