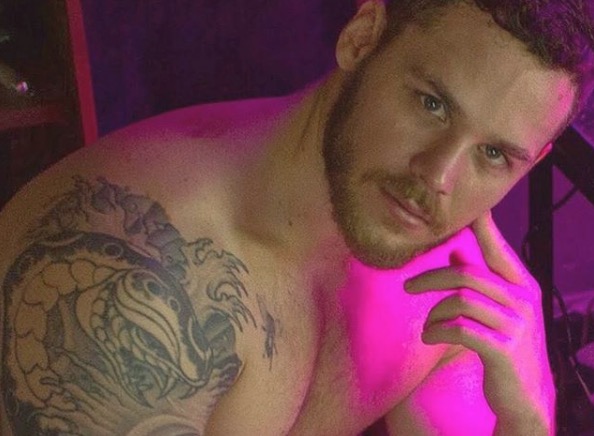 No, that’s not a line from a bargain-bin paperback at an adult bookstore — it’s printed in the New York Times.

Related: Is everyone an adult film star now? ‘OnlyFans’ and the mainstreaming of gay sex

The paper took a deep dive this week into the weird and very profitable (for a select few) world of OnlyFans, the service that lets users subscribe — for a monthly fee in the $10 range — to their favorite thirst traps. In return, subscribers get access to models’ photos and videos of a work un-friendly nature.

As part of its report, the Times spoke with Matthew Camp, the go-go dancer turned OnlyFans entrepreneur who’s been doing very well for himself.

If the four main quadrants of the gay approval matrix were daddy, twink, bear and boy next door, [Camp] seemed to sit smack in the center, not falling neatly into any of those categories but appealing to the potential audiences for each.

See, science can be fun.

Related: Matthew Camp on being an object of desire and owning his own sexual health

“Having sex for money is appealing,” he said. But $1,000 seemed low for something that would sit on the internet and brand him for life as [and adult film star].

So he turned them down and instead used a PG-13 feed on Instagram to build a following of more than half a million. About a year ago, as the club scene continued its slow death, he moved to Hudson, N.Y., and signed up for OnlyFans.

Weeks often went by without him posting a single picture or video. He didn’t show a full penetrative sex clip for the first nine months, yet he still regularly took home more than $10,000 a month.

Camp wagers that his success with the platform comes down to a human desire for intimacy.

The irony, of course, is that the intimacy he and other OnlyFans models offer comes fully synthesized. Which isn’t very intimate at all.

“Tumblr was filled with the most extreme sexual experiences you could see,” he said. “And I think a lot of people were turned off by that. It’s not what they’re looking for. They want more intimate experiences. They want a boyfriend experience. They want to fantasize about someone that they want to have sex with and not feel disgusted by it.”

Have you used OnlyFans, either as a model or a subscriber? We want to hear from you below…