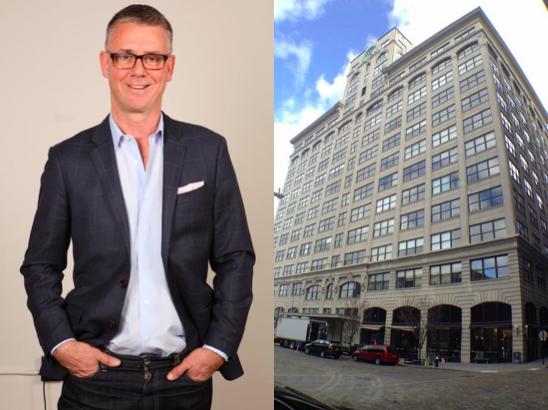 Police are investigating the death of a powerful New York financier who was found dead in his posh Brooklyn apartment in what appears to be a gay sex romp gone awry.

Neil Rodney Smith was the founder and CEO of Infraccess, a Manhattan-based investment firm. His body was discovered inside his luxurious $15 million penthouse apartment on Monday afternoon by a friend who was staying with him.

57-year-old Smith was face up in bed, naked, with a pillow covering his head, and a wet towel stuffed in his mouth. There were no signs of trauma.

The friend had previously heard Smith having loud sex with a man who he met online around 1:30 a.m. early Monday morning.

“He went online and hooked up with some guy and, whatever they were doing, he died,” a source tells the New York Daily News.

NYPD confirmed Smith met his murderer, who may have been a prostitute, on the Internet. They are currently reviewing Smith’s phone, computer, and tablet for clues as to who the mystery man might be.

“There were text messages exchanged and Facebook stuff where he’s hooking up with this guy,” the NYPD source says.

Surveillance video shows a dude walking into the building about the time Smith’s visitor arrived and then leaving about 50 minutes later.

A spokeswoman for the city Medical Examiner’s Office said an autopsy performed Tuesday was inconclusive.

Gay Gasp! Is a ‘Schitt’s Creek’ movie on horizon?

WATCH: Ellen addresses the elephant in the room in season 18 premiere