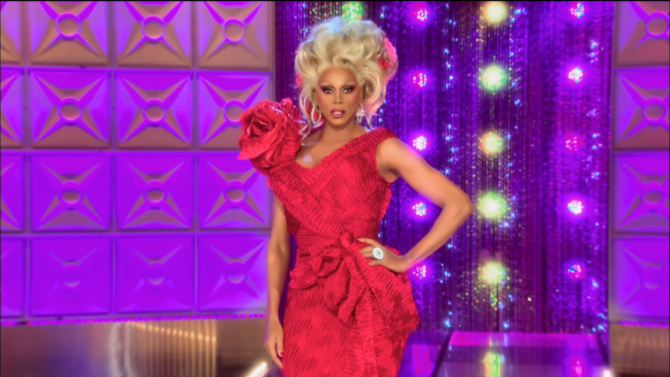 While the girls of All-Stars season 4 continue to compete for a spot in the RuPaul’s Drag Race hall of fame, Season 11 looms right around the corner.

Taking to YouTube, VH1 enlisted the help of Adam Rippon and Season 10 winner Aquaria to roll out the ladies of Season 11, and the competition looks fierce.

Check out who’ll be slaying the runway below:

This is her and BEAUTY is her name!

A post shared by AkeriaChanelDavenport (@mizakeriachanel) on Nov 5, 2018 at 8:44am PST

A’Keria is a recipient of Miss Black Universe and Miss International Vogue. She’s part of an accomplished drag family — Armani Nicole Davenport is her drag mom and Drag Race alums Kennedy and Sahara are her aunts.

is it a bird, is it a plane!? no, it’s a unicorn going through menopause.

Known for her YouTube makeup tutorials, this social media-savvy queen is already recognizable for her extremely large hair and sickening makeup. This 26-year-old performer will be one to watch.

Always and forever a #showgirl ? by @dear_lauren

Brooke Lynn Hytes is the first queen in Drag Race herstory to hail from Canada. Her background is in ballet, so we expect her performances to be on point. She’s also known in the pageant scene, having won the title of Miss Continental.

Yesterday I posted a celebration of women and their bodies. But with this administrations attacks on my Trans brothers and sisters, I would like to specifically celebrate my trans sisters. Being a woman has nothing to do with the genitalia you were assigned at birth. Our LGBT community has done a very unsatisfactory job at celebrating our Trans sisters, and it’s time to step our pussies up and in the way we treat our family!!! ? @blackandwhitestriped ????? @steven_perfidia ? @isthatjma . . . #translivesmatter #lgbt #lgbtq? #feminist #feminism #femaleempowerment #thehoneyd #hausofdavenport #nycdrag #instadrag #dragqueensofinstagram #dragmakeup #mua #blackgirlmagic #blackexcellence #rawandunfiltered @nailsforqueensnyc @kryolanus

Another Davenport! Honey is the drag mom of current All-Star Monét X Change and niece of Kennedy and Sahara. This experienced performer has appeared off-Bradway in shows like “The Orion Experience” and “For Love Of Honey.”

Known up and down the Vegas strip, Kahanna’s drag mom is season five and All-Stars 2 competitor Coco Montrese. Kahanna says season one runner-up Nina Flowers is the reason she started doing drag.

Another first in Drag Race herstory, Mercedes is the only Muslim queen to ever be cast on the show. But she’s so much more than that, having won competitions like Miss Gay 90s and Miss City of the Lakes. Work!

Nina has been around the block and back a few times, gaining a reputation as a polished performer and hilariously campy chanteuse. She also has a philanthropic side and has raised over $2 million for charity via the Nina West Fund. We expect she’ll be a formidable competitor. This was her nineth time auditioning.

This queen has the distinction of having the largest social following of any competitor to enter Drag Race. Her sickening looks have racked up over 121k Instagram followers, but she’s more than just a pretty face and flawless face. Plastique was adopted by Alyssa Edwards to be part of the Haus of Edwards.

Oh my goodness!!! What a dream come true getting to be captured by the one and only @magnushastings!!! I’m so grateful to have been given the opportunity @kingsqueensentertainment thanks for hooking a homegirl up lol this reminds me as the year is winding down that all we really have to do IS DO IT!!! #grateful#dargqueen#dragsface#islay#purpleafro#blackboyjoy#blackgirlmagic#dallasperformer#dallasdragqueen. ? @magnushastings Hair, makeup and outfit by me @therajahoharashow

Hold up… Another Davenport relative?! Ra’jah is the “big sis” of fellow Season 11 queen A’keria. She’s also a reipient of Miss Texas FFI, which Alyssa, Asia O’Hara, and Kennedy have all won themselves. This was her first time auditioning for the show, so whatever she did — it worked!

A graduate of NYC’s Fashion Institute of Technology (Does that mean she can sew? It had better.), Scarlet is well-known in the New York scene. She once called herself the “cheapest lady with the highest price tag.”

While she’s known for her energetic performances across NY, did you know this queen is also a triathlete?! Watch out. Shuga has also won Bob the Drag Queen’s competition, Miss Look Queen. She’s got a sweet tooth and can also bake a mean dessert. 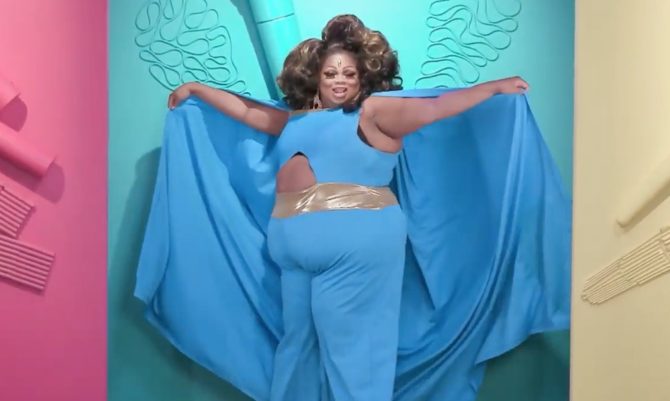 Silky isn’t playing around — she’s won Miss Latina Continental Plus, Miss Unlimited Newcomer and Miss Gay Indiana University. Her music degree should come in mighty handy during some of the challenges, so brace yourselves, girls.

Another successful YouTube queen, Soju has gained tens of thousands of followers through her series, Shot with Soju, in which the Chicago queen interviews fellow drag performers, including many past Drag Race competitors. She calls herself a “Kpop Drag Superstar”, so we hope that translates into Season 11.

The avant-garde queen of Season 11, Yvie is known for giving a crowd “something they may have never seen before.” Well, get ready to see it.

Miss Vaaaaannnnnjie! The first-to-be-eliminated Season 10 queen became a breakout star after the most memorable exit in reality show history. She’s back for more, and we’re here for it.