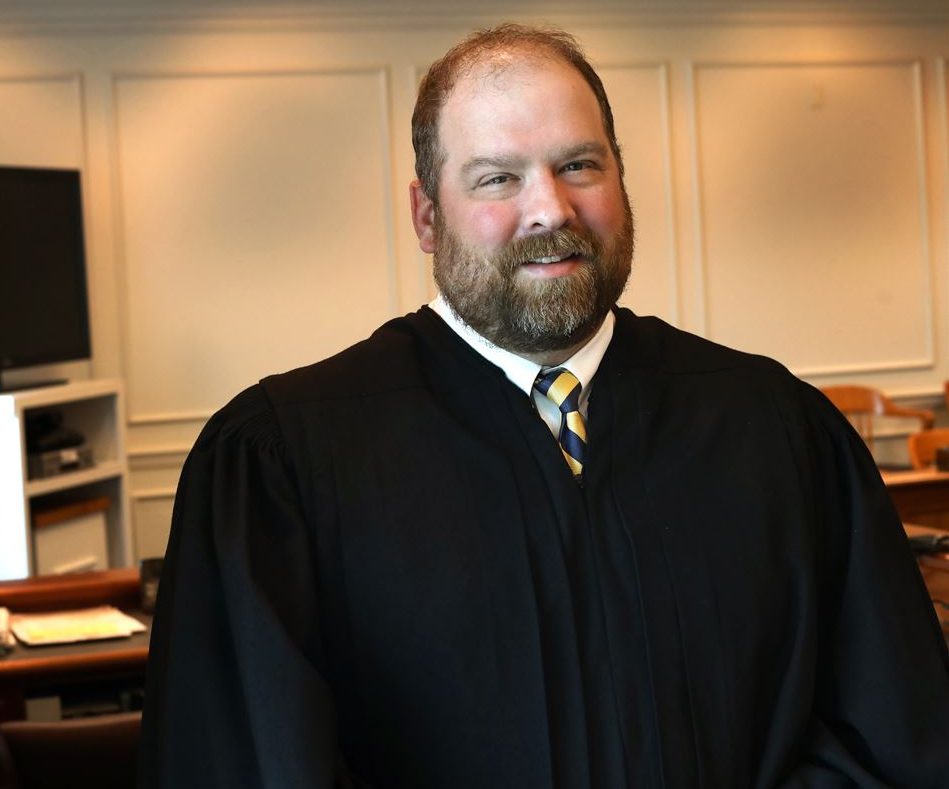 A judge in Ohio says he no longer holds the homophobic beliefs he used to spout in college.

Maumee Municipal Court Judge Dan Hazard issued an apology this week after several vile letters to the editor he wrote as a sophomore in college resurfaced.

The letters were published in Ohio State University’s student newspaper The Lantern in the early 1990s.

In one letter, published in December 1992, Hazard advocates for cutting AIDS funding because “95% of those inflicted with the deadly disease pretty much deserve it anyway.” Then he proudly declares himself a homophobe.

“I am homophobic because I am afraid for the future of this nation,” he states.

He continues, “These people think they deserve equal treatment under the law. I challenge anyone to name any civilized nation that looks at queers as ‘normal’ human beings. There just aren’t any.”

In another, published in April 1993, Hazard calls gay people “savages,” “unethical,” and “immoral” and demands they “keep your AIDS to yourself.”

In a third letter, also published in April 1993, Hazard takes aim at Ohio State students who had recently attended the March on Washington for Lesbian, Gay and Bi Equal Rights and Liberation.

“With most of them gone this past weekend, it doesn’t matter if the 300,000 in Washington was a success or not, it was a success here on campus,” Hazard wrote.

He went on to say that their absence from classes allowed him to “see what this campus could be like with the removal of gays from our society.”

Copies of the first and second letter can be found in The Lantern’s online archives.

When editors at The Toledo Blade unearthed Hazard’s old letters and asked him for a comment, the judge issued a statement saying he no longer holds those beliefs and is, in fact, horrified by what he wrote nearly 30 years ago.

“I have zero excuse and could not attempt to justify it then or now,” he said. “It was hurtful to anyone that saw it in 1993 or today. I am sorry that it will hurt even more people today including my gay and transgender family and friends whom I love dearly.

Hazard went on to call his words as a young man “reprehensible” and “deplorable,” and to say that he has many gay friend and clients today, and that one of the very first weddings he officiated was for a same-sex couple.

“Every day I treat every litigant and attorney with that same respect no matter their background, experience or gender identity and will continue to do so,” he  said. “I am glad that this allows me to clarify my views that have drastically changed over time. Respect is owed not only in the courtroom but in all of society.”

Hazard is a registered Republican, according to online voter records. Prior to being elected judge in 2017, he worked as a lawyer for 16 years.