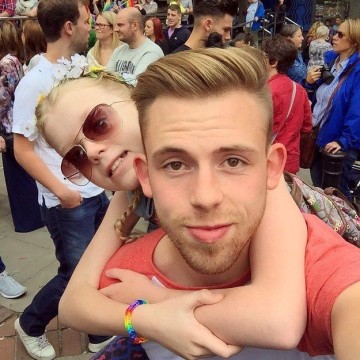 21-year-old Joseph Flinders made international headlines in 2015 after he posted an open letter on Facebook to his 11-year-old sister Lola’s school bully who said it was “disgusting” she had a gay brother.

“An open letter to the odious little toad who gave my baby sister a hard time for having a gay big brother,” the letter began. “I just wanted to give an example of what a decent upbringing looks like.”

“This is a photo I took of us at the gay pride parade, which she asked to attend with me. I think that’s pretty cool of an eleven-year-old, don’t you?”

It continued, “I’ve never known such an accepting, compassionate, loving child and I don’t want your hate-filled existence making her any less than she is. … I think she’s pretty great and she’s prouder than ever to tell people her brother is gay. So enjoy spreading hate to nobody that gives a toss.” 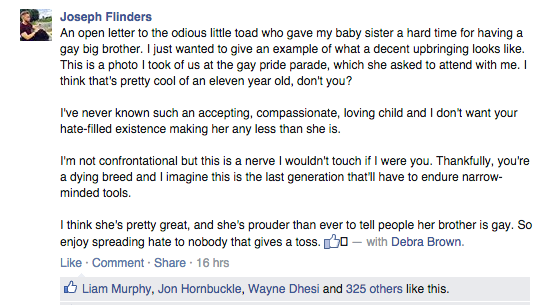