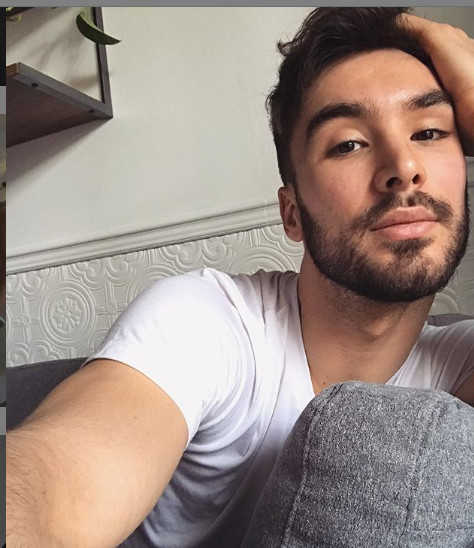 Cizeron, 25, posted the picture May 17 in honor of the International Day Against Homophobia, Transphobia and Biphobia, with the caption “celebrate love.” The post came just before an interview with Têtu magazine, a longtime periodical catering to an LGBTQ audience, in which Cizeron confirmed that he is gay.

Born in France, Cizeron relocated to Canada in 2014 at age 20 to continue his skating training, though still competed under the French flag in skating events. Though Cizeron has long been out to friends and family, the skater says he felt a need to go public to push back against homophobes everywhere.

“I wanted to share this publicly because it was world day against homophobia and transphobia,” he told Têtu. “I told myself that by living in Montreal, one of the cities where we feel the most free as a person from the LGBT community, we tend to forget how this is not the case everywhere in Canada and in other countries, even in France. So exposing oneself serves the cause.”

“Over the past few months,” he continued, “I have talked about it with many people who surround me and are part of the community, some of whom are activists, and who have told me several times how far it could have had an impact in this cause. What held me [back] for a moment was the fact that I always considered that we shouldn’t have to come out. I was quite surprised that people made so many positive comments, it made me happy. Despite everything, there were 200 or 300 people who stopped following me at that time, out of 84,000. I have the impression that gay sportsmen are still known to be gay sportsmen. I don’t want to be the gay skater, but the medalist skater. But I think there is still a need to fight so that matters evolve in this direction.”

Last year, Cizeron and his skating partner Gabriella Papadakis, won the Gold Medal at the prestigious Grand Prix Final, often referred to as the second-most important figure skating competition in the world.

Just casually pulling my hair back