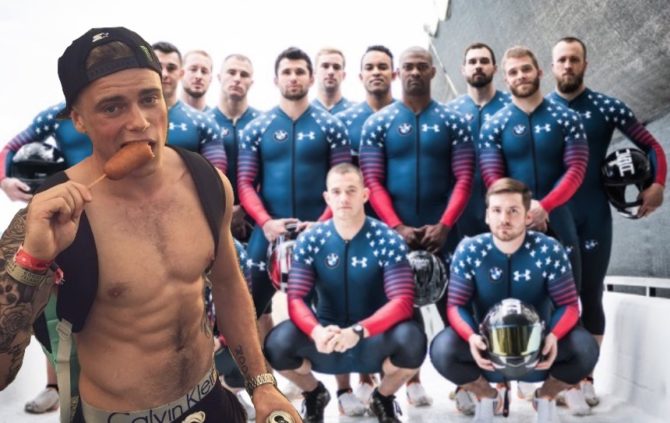 Not since the 1993 afterparty for the premiere of Cool Runnings has there been so much palpable pop culture excitement over bobsledding.

The U.S. Olympic team has captured the attention of more than a few sporting enthusiasts with their precision turns, as in, everyone’s head turns when the pop up on a screen.

So it should be no great surprise that out Olympic skier Gus Kenworthy is especially excited about the team, seeing as he’ll actually have a chance to meet them in PyeongChang, South Korea for the 2018 Games.

He recently shared his feelings about the guys, best described in the “devilish grin emoji”–one of our favorites.

Them: What are you most excited for in Korea?
Me: Meeting the other athletes… ? pic.twitter.com/fbC7v2rc0z

Suffice it to say, Twitter is living vicariously through Gus’ plans:

Make sure to meet Sam from the US Bobsled team. pic.twitter.com/n3Uu9xo096

But wait–it also appears some members of the bobsledding team share Gus’ excitement. Someone out there is surely about to get clacking away at some quality fan fiction:

Congrats on the Olympic selection. We'll see you over there. #PyeongChang

Thanks @guskenworthy. We'll see you over there

In case you need a refresher course, here’s a handy look at the team’s thirstiest Instagram shares.

Disorder in the court
24