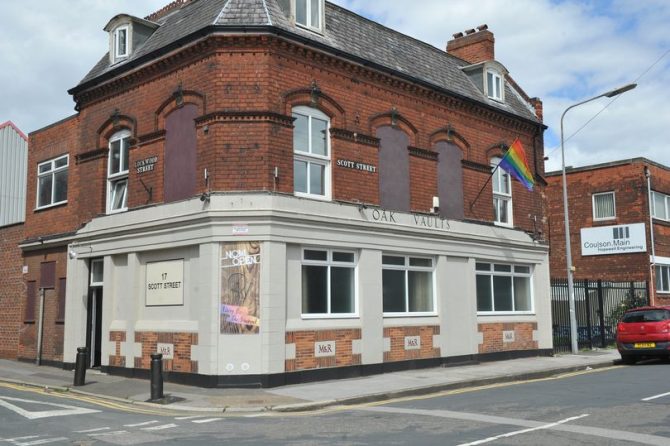 Parents of aspiring young singers are fuming mad after learning Britain’s Got Talent would be hosting auditions next to a gay bathhouse later this month.

Hull Daily Mail reports that producers have arranged to hold auditions for the popular talent show inside the Oak Vaults pub, a music venue that happens to be located right next door to Gentry Hull, a gay bathhouse.

“I have children, and friends who have children, who want to go to this,” one father told the newspaper. “It’s disgusting that the location has been chosen as this pub.”

“They wanted to go but I put a stop to it because now we have figured out where it is because of the venue.”

The father continued by saying that he doesn’t think it’s “appropriate” to host a talent competition in a venue “attached to a male sauna where people are having sex.”

“It’s just completely wrong and I don’t think it’s right for kids to be near all of that.”

Of course, one solution would be to not bring one’s children to a pub where alcohol is served in the first place. But maybe that’s asking too much.

“Britain’s Got Talent are aware of what is next door,” A spokesman for Oak Vaults said. “Everyone in their right mind knows that they are not connected. They are completely separate entities.”

He added that the are a “music pub through and through” and that he doubts any minors will be attending.

“But if they do, then they must be accompanied by someone over 18.”

The spokesman added: “We get the impression they [producers] are after some of your unsung heroes that haven’t had that break through yet and are not interested in playing to the masses.”