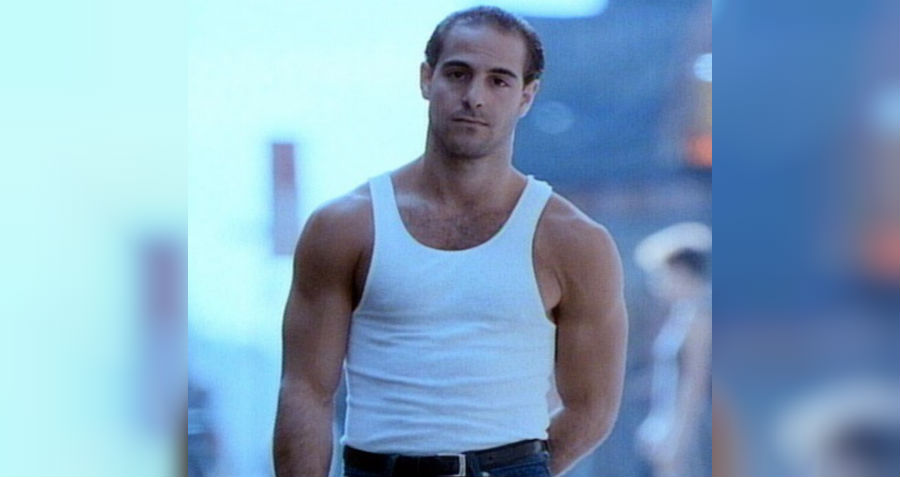 Stanley Tucci is one of Hollywood’s most respected stars. The 58-year-old has appeared in movies as diverse as The Lovely Bones, The Hunger Games, Julie and Julia, The Devil Wears Prada, and Spotlight, along with TV shows like Feud: Bette and Joan.

He’s also had admirers for his handsomeness, and a tweet reminding people of this has gone viral.

just in case you need a little boost today, here’s Stanley Tucci in a Levi’s commercial from 1985 pic.twitter.com/TsT5JAdzDE

Yes, these stills are taken from a 1985 Levi’s commercial which the then 25-year-old actor shot before he got his first major break on TV.

You can enjoy the full commercial below.

The tweet has had over 13k likes and prompted hundreds of gifs, memes and compliments (“Studley Tucci”; “Stanley Touch Me”; “Staddy Tucci”; “Manly Tucci”).

When i was 15 I would put this on REPEAT every day and then clear my history ?

As a teenager at this time it was a very…inspiring ad.

It’s even prompted a response from Tucci’s own sister, Christine, who tweeted in response: “hahahaha As his sister, I find this highly amusing. Love that you found this blast from the past. :)”

hahahaha As his sister, I find this highly amusing. Love that you found this blast from the past. 🙂

Related: “This deleted “The Devil Wears Prada” scene would have changed absolutely everything”

Fans have been arguing over the movies in which Tucci has been at his hottest (“Go watch The Pelican Brief. Hottest assassin ever.”), or reminding people that the actor, and occasional cookbook writer, is still very attractive today.

Or just … erm, complimenting him on his ability to encompass diverse roles.