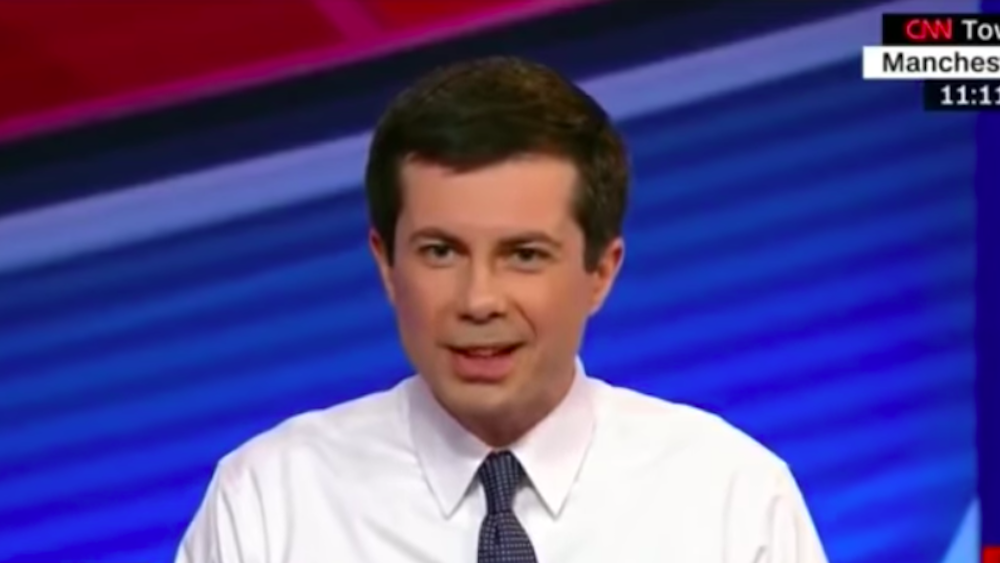 Of the 2.3 million Americans currently locked up in prisons and jails, an estimated 1.9 percent are LGBTQ — that’s 43,700 queer people (roughly the population of Niagra Falls, New York). These people already lack the right to vote — they lose that right as soon as they go behind bars — and it’s an issue worth discussing.

It may be unfair to pick on Buttigieg for this policy position as the same question wasn’t asked to each Democratic presidential candidate at CNN’s televised town halls.

But during the CNN town hall, Buttigieg said, “[Let people vote] while incarcerated? No, I don’t think so. I do believe that when you are out, when you have served your sentence, part of being restored to society is that you are part of political life of this nation, one of the things that needs to be restored is your right to vote.”

You might think, “Hey, these people broke the law, so they don’t deserve to vote,” but that ignores the fact that 540,000 currently incarcerated people are just being held while awaiting charges and trials. That is, 23.5 percent of all inmates haven’t even been convicted of a crime yet, meaning that they’ve lost their vote without having even definitively broken the law.

Furthermore, a 2016 report from the Brennan Center for Justice at NYU School of Law found that 25 percent of all U.S. prisoners (364,000 people), “almost all non-violent, lower-level offenders, would be better served by alternatives to incarceration such as treatment, community service, or probation.” Studies have also shown that restoring people’s voting access makes it less likely that they’ll return to prison.

According to Business Insider, Sanders proposed the idea, he said:

“I think the right to vote is inherent to our democracy. Yes, even for terrible people, because once you start chipping away…you’re running down a slippery slope. I believe even if they are in jail, they’re paying the price to society, that should not take away their inherent American right to participate in our democracy.”

“This is a democracy, we have to expand that democracy,” Sanders added as he accused Republicans of working to disenfranchise certain groups.

It should also be said that LGBTQ people, people of color and the poor are more likely to be incarcerated. Thus, revoking their right to vote disenfranchises already marginalized communities. And people affected by state and federal prison systems should have a say in electing leaders who’ll instate policies governing those systems. Prisons are abysmal and rife with horrid food, physical and sexual violence and other human rights abuses, most of which fall hardest on LGBTQ prisoners.

The question remains an important one and will surely return as the primary plays out.