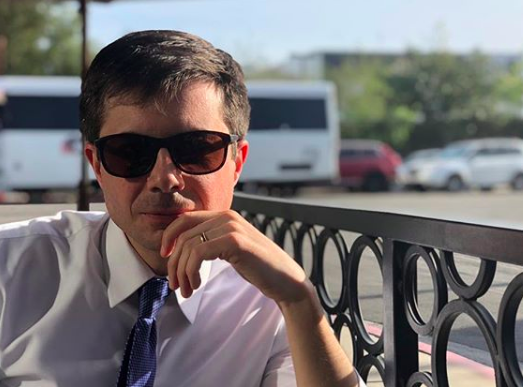 Let is be known that Pete Buttigieg does not suffer fools.

Last week, Ambassador Richard Grenell, the openly gay US ambassador to Germany appointed by Donald Trump, slammed Buttigieg in an interview with Fox News, accusing him of perpetrating a “hoax along the lines of Jussie Smollett” when it comes to his drama with Vice President Mike Pence.

“Mayor Pete has been pushing this hate hoax along the lines of Jussie Smollett for a very long time now, several weeks,” Grenell claimed.

Related: Mayor Pete’s classmates voted him “most likely” to be president back in high school

Grenell added, “It’s ironic that right about now when he’s starting his fundraising apparatus to run for president that he comes up with this idea and this attack.”

The 2020 hopeful kept his response short and to the point.

We’d say that’s about the political equivalent of a “thank u, next.”

And that settles that.

Mayor Buttigieg on dig from Trump official: I know bait when I see it

During a CNN town hall, Buttigieg refused to engage when asked about a Trump administration official who accused him of pushing a "hate hoax" during his back-and-forth with VP Mike Pence #ButtigiegTownHall pic.twitter.com/hqfPjWYIcw