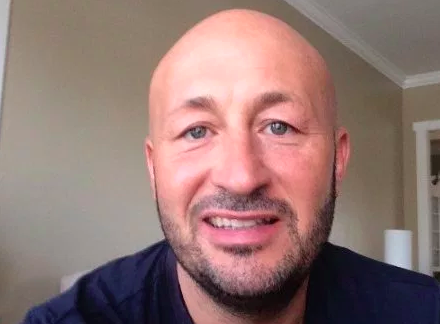 A gay police sergeant from Chicago has resigned in disgrace after finding himself at the center of a criminal investigation.

45-year-old Eric Elkins, who has been with the department nearly 20 years, officially stepped down from his post last week, a spokesman for the Chicago Police Department says.

Elkins made headlines last September when he and a gang of three other men allegedly beat Thomas Stacha and his boyfriend John Sherwood outside of the popular Chicago gay bar @mosphere.

According to The Chicago Tribune, a fight between the men started inside the club and continued outside. The beating left Stacha with broken cheekbones and a perforated trachea and Sherwood with a compound leg fracture.

Elkins was placed on paid leave after the incident. That is, until now. A spokesperson for the department says that since he has “resigned under investigation,” he will be ineligible for retired police credentials.

But last September’s attack is hardly the first time Elkins has run into trouble at work. Over the course of his career, he has had 35 complaints made against him–including accusations of tasering, conducting illegal searches, verbal abuse, and criminal misconduct–plus 11 use of unnecessary force complains.

And it doesn’t stop there.

In 2015, Elkins was placed on paid desk duty due to sexual assault charges filed against him in Michigan in 2015.

The charges stated that Elkins got drunk at a 4th of July family reunion and tried to fondle four teenage boys, resulting in one of the boys pulling a knife on him.

In August 2016, he pleaded guilty to a misdemeanor battery count in exchange for probation and a $1200 fine.

In 2003, Elkins was also charged with sexually abusing a 16-year-old boy from Chicago’s Admundsen High School, where Elkins worked as a part-time security guard; however, he was acquitted due to a lack of physical evidence.

Sounds to us like this Elkins dude was one rotten apple.

Related: This gay Chicago cop and his boyfriend are accused of viciously beating another gay couple