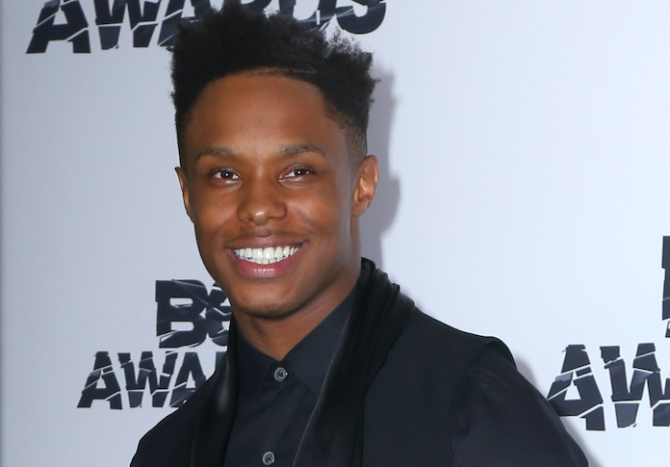 Singer Avery Wilson made headlines last summer when he casually came out as bisexual on Twitter. The former The Voice contestant marked his 25th birthday by telling fans, “I’m bisexual. OK bye.”

The tweet received almost 350,000 likes and 7,000 comments, mostly from people sharing messages of love and support. Except for one troll who questioned whether bisexuality was real, to which the singer responded by once again declaring he most definitely likes women and men.

There is no i between for me sir . I like woman and men ! The bus stops here stop trying to paint your narrative on others . WHOS NEXT !?

In a follow up statement posted to Instagram, Wilson wrote: “TODAY, all questions and speculations of the past, now have a present definitive answer! To finally answer the question….YES, I’m a bisexual man who’s in love with LOVE. I AM WHO I AM and I LOVE WHO I LOVE. Always have and always will!”

We wanted to include Wilson in this year’s Pride 50 because, since coming out, he’s used his social media platform, which includes over 75K Twitter followers, 265K TikTok fans, and 900K Instagram followers, to promote positive messages about bisexuality, love, and acceptance.

On Bi Visibility Day last September, he tweeted a shout out to all his bisexual followers, writing: “Happy #BiVisibilityDay!!!! I love you all!!!!!! I see you!!!!”

When someone commented by asking “Wtf is this??”, Wilson responded the same way he did to that original troll who questioned his bisexuality: by not tolerating their B.S.

Educate yourself ! That’s what it is . ?

Last December, Wilson went public with his relationship to fitness guru/influencer Joseph D Fit. Much like when he came out, he did it in a low-key, no drama sort of way by simply sharing a 3-second video of the couple kissing, submitted with no comment.

In addition to speaking freely about his sexuality, Wilson has been active in the Black Lives Matter movement. Shortly after the murders of Breonna Taylor and George Floyd in 2020, he released the hauntingly beautiful single “Smoke” in which he sings the lyrics:

If all lives matter, then point it out
The real problem, we say it proud
That black lives matter, expressing pain
Tired of oppression and something’s gonna change

Wilson gives us pride not only for being open about his identity but for his willingness to stand up to those who question his or anyone else’s truth.

The principle ingredient of life is love !