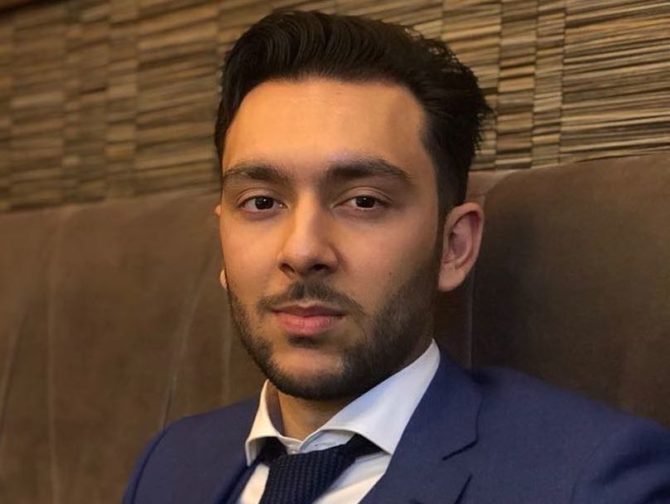 Foul! After using a homophobic slur in a YouTube video, a professional FIFA gamer with more than 250,000 YouTube subscribers found himself banned from FIFA 19 tournaments by EA Sports. And in his apology video, Tassal “Tass” Rushan claims he didn’t know any better because he’s from London.

In the original video, Rushan is frustrated to draw Uruguayan football star Matías Vecino from a random card pack in the game. “And just like that, we’re seeing this f*cking fag again,” he seethed.

Addressing the controversy in his followup vid, Rushan calls the incident a “very unfortunate, unintentional misunderstanding from my end” and blamed his London upbringing.

“Due to where I’ve been brought up, the connotation of that word from my perspective, it was like another word for ‘prick’ or ‘idiot’ or ‘rubbish,’” he said. “Not even one percent of me thought or knew it had any type of derogatory connotation towards homosexuality at all.”

“I’m sitting here laughing a little bit because it just comes down to stupidity and [it was] purely unintentional from my perspective,” Rushan continued. “I think some of you guys could back me up on this extent. Who’s from London? Did you know that word had that connotation? Some of you will, some of you won’t.”

Trouble is, we can’t find any reference to the f-word meaning “prick” or “idiot” or anything of the sort in the dozen definitions listed in the Oxford English Dictionary, which has to be the definitive dictionary for both the Queen’s English and British slang.

The OED mentions the original meaning of the word — a bundle of sticks or twigs — as well as a few interesting Anglo-centric meanings. In the olden days of the British Army, for instance, a faggot was “a man who is temporarily hired as a dummy soldier to make up the required number at a muster of troops.” In British politics, it was “a vote for a particular candidate or party fraudulently contrived by nominally transferring sufficient property to a person who would not otherwise be qualified to vote.” And in regional English, it’s “a woman, esp. one considered to be troublesome, useless, or slatternly.”

Indeed, a lot of people aren’t buying Rushan’s excuse. “As a homosexual that goes to London every now and then, I’ve had that shouted at me enough times to say, yes, they know what it means in London,” said one Eurogamer commentator.

“I’m from London, and I’d definitely put my neck on the line and say everyone I know would be able to tell you exactly why that word isn’t acceptable,” wrote another.

The eSports industry has struggled to combat homophobic slurs and other hateful speech on its platforms in recent months and years. In January, for instance, an Overwatch League player was caught calling another player a “f*cking faggot kid,” and the ESPN reporter who broke the story was found to have used the same slur on Twitter years before.