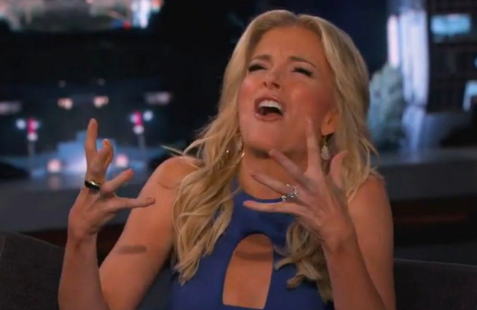 As you may recall, 47-year-old Kelly was canned from the Today show last month after making racist comments defending blackface. She is now purportedly demanding a huge severance package, claiming NBC “ruined her career.”

Related: “It’s all out war”: Megyn Kelly wants NBC to pay her $79 million for “destroying her career”

According to just-released weekly Nielsen averages—figures provided to The Daily Beast by a media outlet that is not connected to NBC or its parent company, Comcast—the week after Kelly’s October 26 departure and the abrupt demise of Megyn Kelly Today, total viewership for Today’s third hour actually increased by 5 percent—from 2,522,000 during Kelly’s final week on the air to 2,649,000 during the week beginning Oct. 29.

Significantly, this post-Kelly ratings spike occurred despite a slight falloff in total viewers (a decrease from 3,832,000 to 3,747,000) experienced week-over-week by Today’s 8 a.m. block, the lead-in to the third hour of the four-hour Today franchise.

Not just that, but NBC’s two most important target demographic groups–women 18-49 and women 25-54–both saw immediate upticks following Kelly’s exit. Women 18-49 increased by an impressive 10%, while women 25-54 spiked by 6%, which will no doubt make advertisers very happy.

“That absolutely comes as no surprise at all,” he explains. “She was a speed bump placed right in the middle of a four-hour block of programming–dismantling the sense of teamwork on that set and the flow that will get you all the way through from the hard news at 7 a.m. to the light talk through 11 o’clock.”