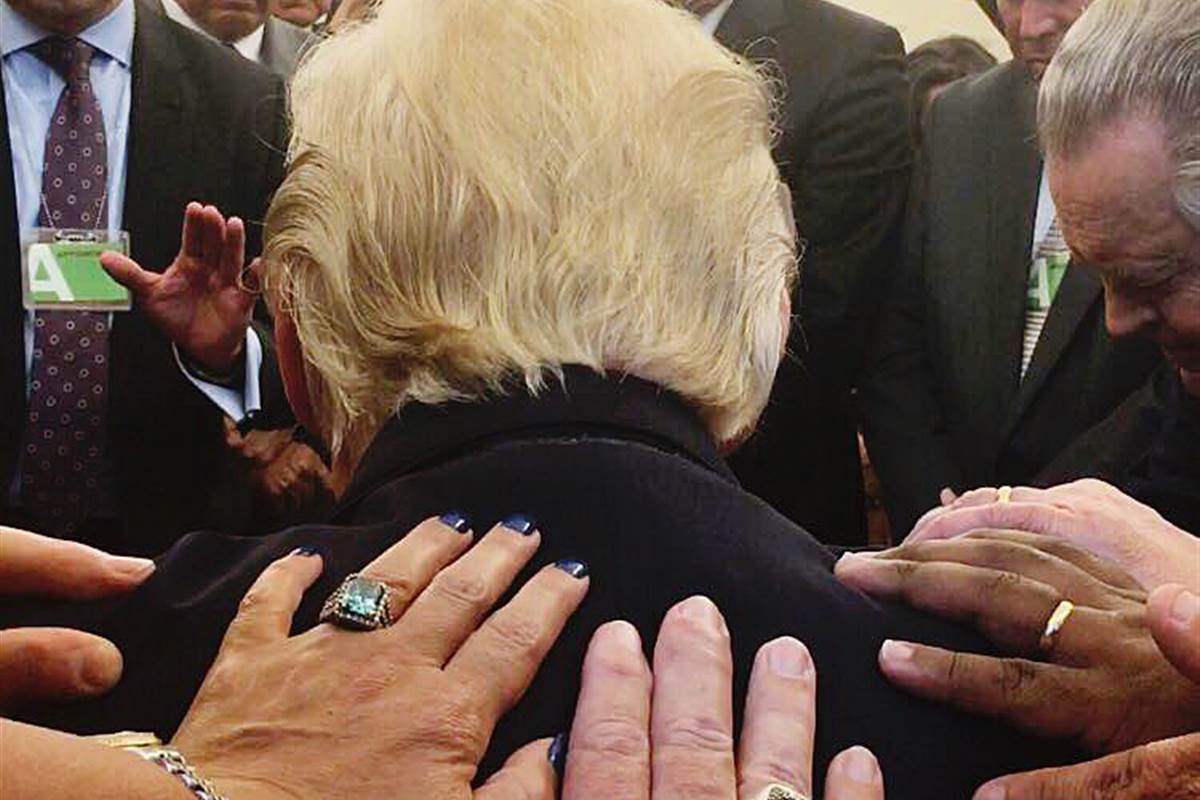 Donald Trump once famously said, “”I could stand in the middle of 5th Avenue and shoot somebody and I wouldn’t lose voters.” He neglected to add that religious right leaders would be there to bestow their blessings on him when he pulled the trigger.

In the latest example of placing power over principle, Trump’s evangelical advisers have refused to condemn the president for talking about the “fine” neo-Nazis marching on Charlottesville.

Only one single member of Trump’s Evangelical Advisory Board has resigned in protest over the president’s outrageous comments. Most of the others haven’t even criticized him.

“We believe it would be immoral to resign,” says Johnnie Moore, a lay evangelical leader, told NPR.

Board members have gone far out on a right-wing religious limb and condemned racism, somewhat reluctantly. But then several of them immediately undercut the statement by signaling their agreement with the president and even going so far as to condemn people of color as much as white supremacists.

“Racism comes in all shapes, all sizes, and, yes, all colors,” said Robert Jeffress, a Southern Baptist pastor. “If we’re going to denounce some racism, we ought to denounce all racism. I think that was the point the president was making and one we ought to all get behind.” (Of course, Jeffress thought nuking North Korea was the godly thing to do.)

Others didn’t even bother the fig leaf. Jerry Falwell Jr. took to Twitter to gush about Trump’s “both truthful stmt.”

The one pastor with a moral compass is A.R. Bernard, a Brooklyn-based pastor. “There was a deepening conflict of values between myself and the administration,” Bernard said in a statement.

It’s long been clear that religious right leaders were happy to sell their souls to the devil for a Supreme Court nomination. What’s evident now is just how much immoral behavior they’re willing to excuse.

By contrast, corporate America has demosntrated much greater fidelity to moral values this week than the religious right. You know you’ve entered new territory when the head of a drug company can condemn the president but the leaders of millions of Bible-believing Christians cannot. You can argue that business leaders are doing things for less than altruistic reasons, and that may be true.

But business leaders did the right thing. That’s more than the so-called spiritual leaders were able to do.