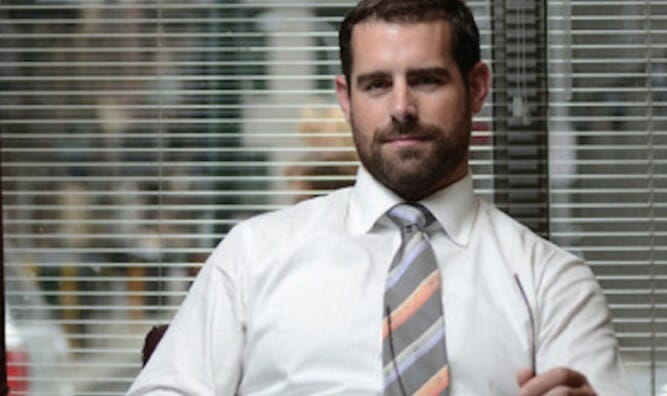 Rep. Brian Sims, the only out LGBT politician serving in the state of Pennsylvania, has been making a name for himself. He recently shared some of the homophobic hate mail his office receives, and before that he welcomed Mike Pence to Philadelphia with a one finger salute. A new interview with The Advocate is finding him back in headlines, and his comments on misogyny and homophobia seem especially noteworthy.

“I put myself in a lot of situations where I know homophobia already exists,” Sims explains.

The 39-year-old openly gay Democratic member of the Pennsylvania House of Representatives has been a vocal advocate for pay-equality. It’s on this issue that the out legislator makes some connections between homophobia and misogyny, explaining why just because some people are marginalized, it doesn’t make them an advocate for others facing similar obstacles.

“The same mind that thinks gay is wrong is a mind that already thinks that women are lesser, that femininity is weak. And so, what I see is most homophobia is really anger at a person because their sexuality veers from what somebody [else thinks] it should be…”

Next, Sims explains that he serves alongside many closeted members and that he believes some of the most intense misogyny against women hails from gay men.

“I serve with over a dozen closeted members, whom I would never identify to anybody else, and when I joined the legislature, many of them were co-sponsors of anti-LGBT bills. Some of the most intense misogyny I see towards women comes from gay men. Whereas I would think that living a life where others marginalize you would teach you how to combat marginalization and how to recognize it, oftentimes, it teaches people how to be good at it themselves.”

What do you think of Brian Sims’ assertion that some of the most intense misogyny against women comes from gay men? Sound off in the comments below and on Facebook.