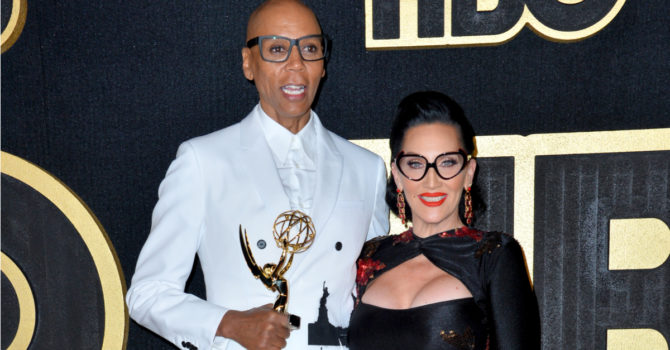 If there was any confusion about RuPaul’s Drag Race hitting the mainstream (there wasn’t), it was squarely put to rest Monday night at the 70th annual Primetime Emmy Awards, where the show picked up an unprecedented five wins.

Most notably, the program won Outstanding Reality Show for the first time ever, putting an end to The Voice and The Amazing Race’s seven-year winning streak.

RuPaul also picked up the trophy for Outstanding Host for Reality Program for the third year running, setting a new streak of his own that will be hard to topple.

“This is so lovely. Thank you so much,” Ru told the crowd.

“We are so happy to present this show. I would like to thank you on behalf of the 140 drag queens we have released into the wild,” he added.

And he couldn’t let the opportunity to get a star-studded “amen” from the audience go to waste, closing out his speech with a familiar phrase.

“Listen, if you can’t love yourself, how in the hell are you gonna love somebody else? Can I get an amen up in here?” he said.