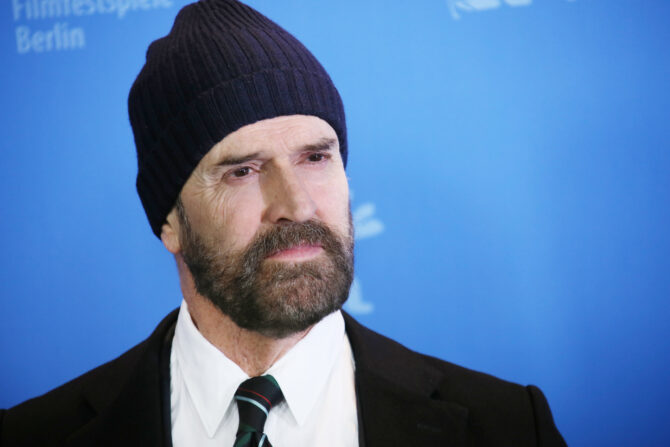 Out actor Rupert Everett recently shared his take on the ongoing “straight actors in gay roles” debate, and to sum up his views: It’s complicated.

Speaking on Piers Morgan Uncensored (cringe), the My Policeman star said that while he doesn’t think all gay roles should be played by gay actors, there was one gay role he really wished had gone to a specific gay actor — him.

“It’s quite frustrating. I was frustrated, I remember going to see Colin Firth in the [2009] film by Tom Ford [A Single Man]. I thought, ‘Well, thanks, Colin. That’s the end of my career. Because you know, that role really should have been mine,” he said. “So you know, there’s a frustration about that, of course.”

Firth’s performance as a gay English professor grieving the death of his lover earned him major accolades, including an Oscar nomination for Best Actor in a Leading Role.

That one disappointment aside, Everett sees a bigger problem in openly gay actors rarely being cast in straight roles.

“The thing that was very frustrating, when I had my big Hollywood moment, which was playing a gay best friend and being gay, it was at that point very difficult to graduate,” Everett said, speaking of  the1997 rom-com “My Best Friend’s Wedding” starring Julia Roberts.

“I knew I had to try and graduate to playing something else apart from just that role,” he said. “I felt that it was more or less impossible. I don’t think gay actors should just play the gay roles. But the gay actors should be able to play the straight roles, too.”

Everett also spoke about trans roles going to trans actors, criticizing the backlash that led to Scarlett Johansson to pull out of playing a trans character in Rub & Tug in 2018.

“People forget that Hollywood is a business. So for example, when Scarlett Johansson was stopped from playing a trans role, there simply wasn’t a trans actress at that point big enough to sustain a 50-60 million dollar movie,” he said.

“I found that was a mistake of the trans community because there were probably lots of other trans roles in the film that would have been played by trans actresses and Scarlett Johansson wasn’t going to be doing some portraits that was anti-trans. So I felt it was slightly blinkered attitude.”