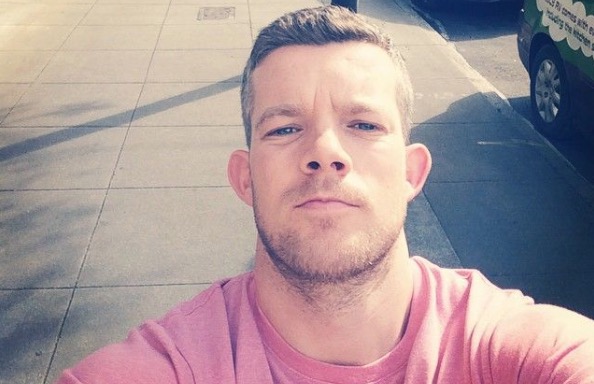 Looking alum Russell Tovey has a new TV show out, the first episode of which features him in a “graphic-o” gay sex scene.

The dystopian BBC One drama Years and Years — which also stars Emma Thompson and Rory Kinnear — follows an English family through one pivotal night in 2019 and tracks the fam across the next 15 years. Tovey plays Daniel Lyons, a gay housing officer who has a “pretty graphic sex scene in the first episode,” Yahoo! Movies reports.

Also getting down and dirty on screen is costar Ruth Madeley, an actress with spina bifida who plays single mother Rosie Lyons on the show. “Personally, I thought it was really important that Rosie had such an active sex life, and she has a disability,” Madeley says. “A massive part of her character is her sexuality, which is great and I loved that. As terrifying as it was, at the time, it was so important, because I had never seen that. I still don’t think I do a lot on TV. So to be able to bring that across was really, really important. I think that everyone was really supportive and very respectful.”

Related: Trailer arrives for Sauvage, with gay sex scenes that made audiences walk out at Cannes

Don’t worry, Yanks. You too will get to see all this small-screen sex for yourself: Years and Years is coming to HBO soon.