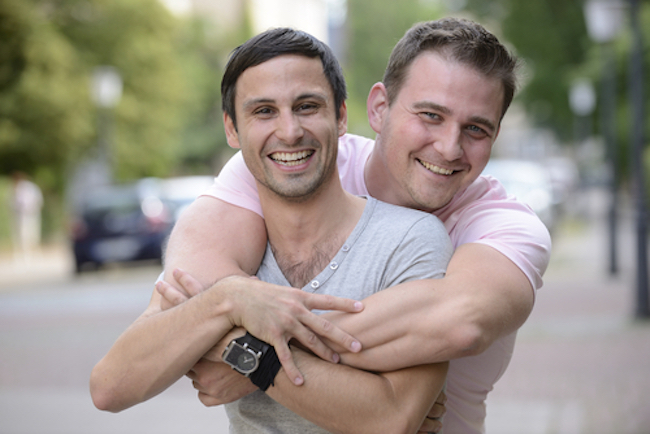 An op-ed in Russia’s largest and best-selling newspaper has gone after the “many fat people” and “disgusting” gay couples of Manchester.

Just as the torture of gay men in Chechnya is becoming a subject of international concern, the column urges Moscow not to follow in the footfalls of the British city’s “frightening” excesses.

The author, Alisa Titko of the Komsomolskaya Pravda, was simply beside herself when she found herself in Manchester’s Gay Village.

“There is a whole part of the city for gay people.

There is even a plaque there saying ‘Gay Village’.

It is the most popular place for such couples, there are cafes and clubs there with small rainbow flags.”

She then goes on to describe the “disgusting” exploits of same-sex couples holding hands, kissing in bars, and admiring “explicit” murals as gays are wont to do — including a piece of art featuring Batman and Superman necking.

“At one of the tables, there was a wedding of two rather large girls.

“It is such a pleasure that there are no such gay streets in Moscow.”

Titko was also angry with the women of Manchester for having fat “hanging from their bodies.”

“Their women are so fat, they look disgusting to their men,” she quotes a Russian friend as saying.

Related: Horrifying reports of gay men being rounded up and sent to concentration camps in Chechnya

This friend was worried pedestrians might think that she and the columnist had “something going on”.

“You see, they eat so much fast food and potatoes.

And they drink beer from huge glasses. Here is the result.”

Titko has a theory. An asinine theory, but a theory. She wonders if perhaps men “turn gay because girls are too fat and non-sexual. It can influence it.”

She suspects the reason gay people are coming out in Russia is because their parents didn’t beat them nearly enough as children.

Elsewhere in the article, she outright dismisses the calls for tolerance in Russia.

“Let’s remain Russian,” she concludes. “Start normal families. Have children in wedlock. And not confuse love with debauchery.”