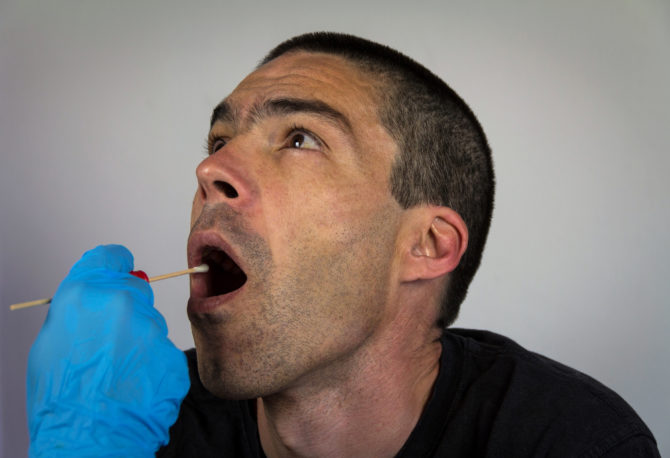 The study was funded by the American Institute of Bisexuality, a non-profit charity that “focuses on outreach within the bisexual community.” Researchers said they hope was to better understand “the health effects of same-sex vs. mixed-sex public displays of affection” and use science to creative “more inclusive of LGBTQ identities and experiences.”

Basically, 120 straight men ages 18 to 45 were shown a bunch of pictures of gay guys kissing, cuddling, engaging in coitus, etc. Then scientists measured the levels of salivary alpha-amylase, a digestive enzyme associated with stress and disgust, present in the men’s saliva.

When faced with pictures of gay dudes kissing, straight dudes produced the same salivary alpha-amylase levels as when they were confronted with images of rotting flesh and maggots.

Not just that, but the study showed that the level of alpha-amylase was the same for those who were shown to be tolerant of gay relationships and those who were not.

“Why do people low in prejudice still show an increased physiological response?” she asks. “We can’t say definitively, however, it could be that society has socialized the notion of same-sex sexuality and affection as being ‘disgusting’ or immoral so strongly, for so long, that merely witnessing it causes a slight physiological stress response.”

Related: Sex expert cracks the code for getting straight men to play the receiver