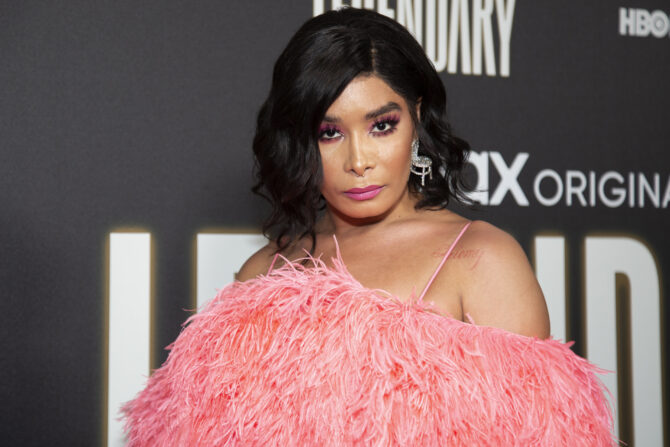 Ballroom reality competition Legendary is back in full effect. The live audience has returned, vogue battles are no longer separated, and the new Gag Flag device (think America’s Got Talent’s Golden Buzzer) should save the show from the likes of last season’s Tisci elimination controversy.

This season definitely has the fans talking their mess on social media, but this time it’s not because of the low scores the judges are giving out. It’s because the low scores are accurate.

Legendary is dropping in three episode sets each Thursday on HBO Max, and this week’s second episode saw the House of Lyght get torn apart like we’ve never seen on the show. Judge and “Wonder Woman of Vogue” Leiomy called their performance in the Grand March “noguing” and “a mockery of vogue” before scoring them a 3. Scores are technically from zero to ten, but it’s essentially more like school grades, normally in the range of the F of a five to the A+ of a ten. Lyght’s 3 is an unheard-of bomb of a score, but it seems like fans think the criticism was earned:

House of lyght was mediocre. That comment “Anyone can vogue” came back to bite them in the ass. You can tell Leyiomi was pissed!!! #LegendaryHBOmax

It’s always the houses that be judging everyone but flop the most #LegendaryHBOmax #LegendaryMax pic.twitter.com/QyPGIvijiB

Just when we thought the worst had passed, it came time for the vogue battle, where the two houses with the lowest scores each send one person to battle for their place in the competition. House Father Ryku Lyght nominated himself to represent his house in the battle, and, well…

imagine talking all that shit backstage about other houses and then doing fornite dances and getting a 3…how embarrassing #LegendaryHBOmax pic.twitter.com/cogaSKfBr8

“The light is off. The bill is not paid.” #LegendaryHBOmax pic.twitter.com/yWsV0ueB6M

House of Lyght was backstage throwing HELLA shade, but did the “shoot dance” in the redemption battle? Chileeeeeee………#LegendaryMax pic.twitter.com/njWUoKhzRG

girl why is the father of lyght doing fornite dances during the battle #LegendaryHBOmax #LegendaryMax pic.twitter.com/qWmFZmZfGC

All three episodes released so far this season have had some low scores with critiques about the dancers not giving ballroom, so breaking out the “Shoot” dance in the middle of the final vogue battle was a comically oversized nail in the House of Lyght’s coffin.

Watch the trailer for Legendary Season 3 below and catch the next three episodes on HBO Max next Thursday.