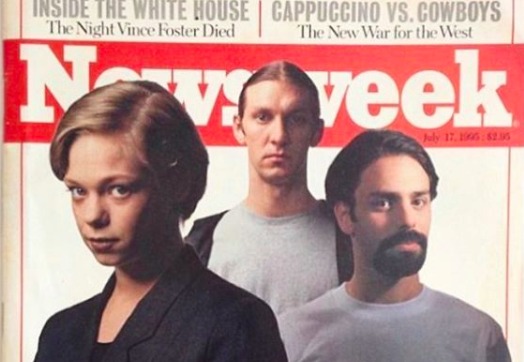 Today is Bisexual Awareness Day! To all our beloved bisexual readers: We got you, boos! 😉

In anticipation of today, a July 1995 cover of Newsweek magazine has been making the rounds on social media this week. The hip feature story that week: Bisexuality.

“Not gay. Not straight. A new sexual identity emerges,” the cover reads.

With a teaser like that, we can only imagine what the actual article says!

Here’s a fun little excerpt from the article:

[B]isexuality lurks as a rupture in the social structure, conjuring fears of promiscuity, secret lives and instability. It can make the knotty issues of human relationships–jealousy, fidelity, finances, parental roles, custody-even more complex. And with these uncertainties comes an increased threat of AIDS.

Nobody knows how many bisexuals there are in the country, or just how bisexuality should be defined. Its existence alone makes many people uncomfortable.

Of course, not all of it is quite so laughable. The article makes a few points that are sadly, still pretty relevant today, over 20 years later. Like, for instance, bisexuals saying they feel “left out” from society:

Many bis, though, still feel rejected on two fronts: by straights for being too gay, and by gays for not being gay enough. During the late ’80s, bisexual men–especially married men who stepped out with other men–were painted as stealth assassins bringing AIDS to their unsuspecting wives. As Cosmopolitan warned in 1989, “If a man’s eyes follow other men, be very cautious.”

Also, the myth that bisexuals are more promiscuous:

In practice promiscuity is not an article of faith for all bisexuals; it’s an option. Many bis are monogamous for all or parts of their lives. The sociologist Paula Rust, in the upcoming book “Bisexuality: The Psychology and Politics of an Invisible Minority,” explains the paradox this way: “Imagine concluding that a person who finds both blue and brown eyes attractive would require two lovers, one with each eye color, instead of concluding that this person would be happy with either a blue-eyed or a brown-eyed lover.”

So, yeah, we’ve definitely still got work to do when it comes to eliminating the stigma around bisexuality.

But perhaps the line that rings most true over 20 years later is this:

This remains the unresolved paradox of bisexuality: that in its most individuated moments, it is most indistinguishable from homosexuality or heterosexuality. Desire is desire.