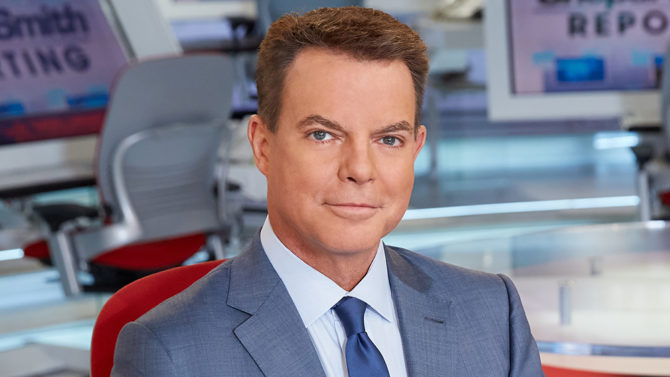 CNBC’s Shepard Smith got candid about some of the unique struggles he’s faced as an openly LGBTQ person working in corporate media.

In an interview during the Association of LGBTQ Journalists 2021 National Convention, Smith, who came out publicly in 2017, spoke about his experiences as a gay man competing in a world dominated by straight men.

“That created strife in our family and I said from childhood I’m going to work for someone that gives me a check every two weeks… But when you work for the man, you follow the man’s rules.”

Though he didn’t say it outright, it’s pretty obvious what “man” Smith was referring to.

He worked for Fox News from 1996 until 2019, when abruptly left after network execs refused to intervene when a feud with fellow Fox News host/homophobe Tucker Carlson reached what HuffPost described a “full-blown civil war.”

During his nearly 25 years at the network, he said he was often made to feel like a “token”, and he urged others not to let the same thing happen to them.

“You know how they stereotype us,” he said. “We’re emotional, we fly off the handle, we have chips on our shoulder. None of that’s true. It’s true for individuals. It’s not true for [all LGBTQ people].”

Since leaving Fox News, Smith has spoken out against the network for spreading misinformation. Earlier this year, he blasted his former colleagues for sharing too many opinions and not enough facts during their broadcasts.

“Opine all you like,” he said, “but if you’re going to opine, begin with the truth and opine from there.”