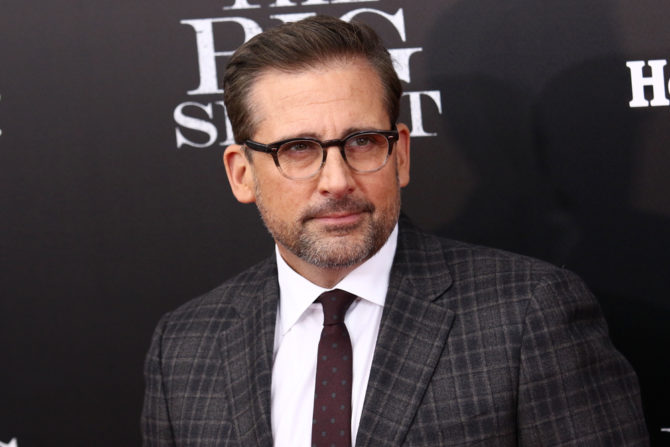 Change is hard, unless that change happens to be Steve Carell’s hair going all-out Jean Grey. In that case, change is easy. How easy? You decide.

The 54-year-old actor was recently photographed in London, premiering his new ‘do, alongside a snug sweater, khakis and pair of smart shades. The dashing new look was met with stamp after stamp of approval on Twitter.

Honestly take your Goslings and your Zayns Malik and give me 2017 Steve Carell pic.twitter.com/lUWWF2A8Ue

ET’s Carly Steel asked the star about his newfound sex symbol status as a silver fox.

“I am so sick of people just looking at me for my physical attributes. It’s just genetic. There’s nothing I can do,” he joked, before adding:  “I’m bursting with pride. That’s very nice.”

Steve Carrell is hot and you can't convince me otherwise pic.twitter.com/0AJ8Ulv5aF

someone plz tell me when Steve Carell got grey and turned into George Clooney's brother pic.twitter.com/DwN9n0bkwE

Hot Steve Carell is your ex boyfriend who is honestly just doing better without you pic.twitter.com/H4vLRAnji6

Hot Steve Carell is your ex boyfriend who is honestly just doing better without you pic.twitter.com/H4vLRAnji6

ayyyyyyeeeeee! 2017 Steve Carell out here killin' the game on all y'all. js pic.twitter.com/3f1Q5rS9vx

There was one voice of dissent: