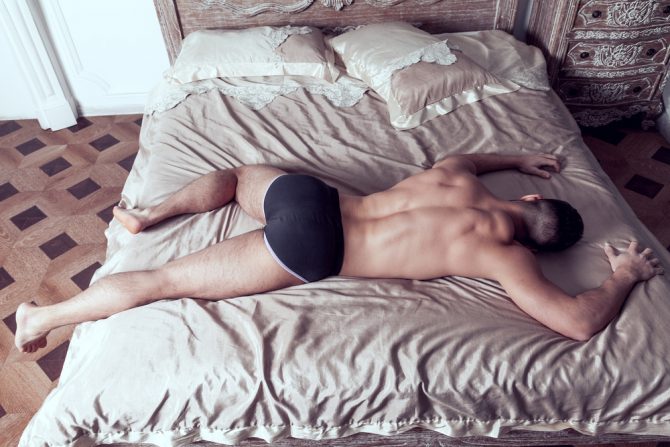 A straight guy says all he wants it for his girlfriend to play with his butt, but she won’t do it because she thinks it means he’s secretly gay, so he’s seeking advice from our buddy Rich Juzwiak over at Slate.

The man, who describes himself as a more dominate type in the bedroom, says he and his girlfriend are deeply committed to each other and have a very “sexually fulfilling” relationship.

“I enjoy being the aggressor in my sexual relationships,” he writes, “something my girlfriend is clearly attracted to.”

But, he says, “I have another side, my backside, which I really want violated.”

Nothing wrong with that. There’s just one teeny, tiny problem. His girlfriend “hates all of this.”

“I have opened up to her, but she freaks out at my gentle suggestions that she can fulfill these needs,” he writes. “She fears that I am secretly gay, that I will leave her over my unmet needs, but she is also grossed out and unwilling to explore the role reversal I want to try.”

He continues, “She was attracted to an aggressor, not a submissive, and is not game to renegotiate the terms. I am not going to leave her over my need to be penetrated, nor am I going to convince her to do it.”

Now he wonders: Where does this desire come from? And can he “overcome” it?

In his response, Juzwiak tells the man there’s nothing wrong with wanted a little backdoor stimulation.

“I don’t think it’s a good idea to try to ‘overcome’ a desire that is natural and harmless,” he writes. “Prostate manipulation is highly pleasurable for many men—it’s just sitting up there, waiting to be played with. And plenty of men crave submission.”

The real problem, he continues, is his girlfriend.

Juzwiak goes on to explain that it’s perfectly normal for a man to enjoy being both dominate and submission in the bedroom, and if his girlfriend has an issue with that, she doesn’t have to partake.

“But her speculation about your sexuality and fidelity is over the line,” he says.

What do you think this guy should do? Share your advice in the comments section below…