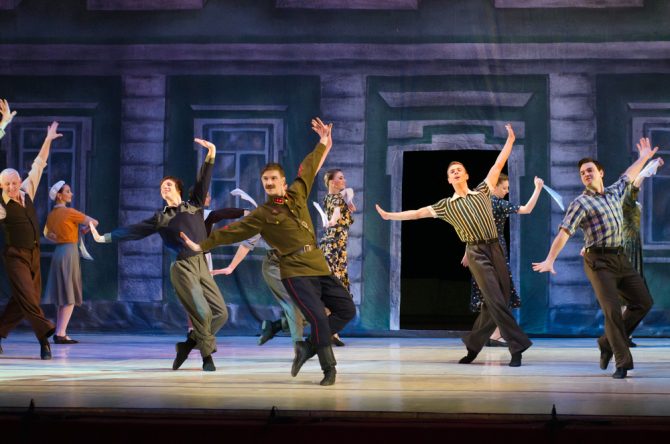 A straight man in his 30s loves musical theater and is often mistaken for gay. Now he wonders if maybe he really is gay and he just doesn’t know it? So he’s seeking advice from Stoya over at Slate.

“I didn’t really think I had good reason to question my own straightness, but here’s the thing: I love musical theater,” he writes. “And musical theater fandom (and more broadly, an affinity for all sorts of camp and pageantry) is not the only quality I have that reads as gay.”

The man says people frequently mistake him for being gay. It doesn’t bother him. He’s just not sure what to make of it.

“I don’t think it’s my fashion, which is conservative; or my speech, which does not lisp; or my mannerisms, which aren’t flamboyant; but I seem to give off that vibe nonetheless,” he continues.

“I’m not gay, but maybe I really do I have a kind of queerness that people are responding to?”

The man, who describes himself as “a generally anxious person,” goes on to say that he’s only ever been attracted to women, though he’s never really had a serious relationship with one.

“The truth is I’ve just never been that driven to pursue sex and relationships,” he writes. “I don’t think that makes me asexual, though.”

He wonders: “Do you think this might actually be worth exploring further or would I just be wasting my energy? If I was any kind of queer, I would know that about myself by now, right? Also, if I do continue to explore these questions further, how does one even go about doing that?”

In her response, Stoya assures that man that his personal tastes in entertainment and fashion have no bearing on his, or anyone’s, sexual orientation.

“Liking musical theater doesn’t make you gay or mean that you’re unconsciously gay,” she informs him. “Nor does lisping, wearing fancy clothes, emotional sensitivity, or any of the other details our culture might associate with homosexual interests.”

Gay men, she explains, are as varied and different as straight men.

“That said, it’s worth noting that sexual tastes frequently shift over time,” she continues. “You might find that you’re curious about things in the future that may have been off-putting in the past. The reverse is possible, too—guaranteed turn-ons can lose their luster.”

Ultimately, Stoya writes, he needs to stop getting so hung up on labels.

“I know we live in a drop-down-field world, carving ourselves up into searchable terms,” she writes, “but this kind of thinking can get in the way of discovering your authentic self. Focus on what you like, and don’t worry about what category you fit into.”

What advice would you give this guy? Sound off in the comments section below…