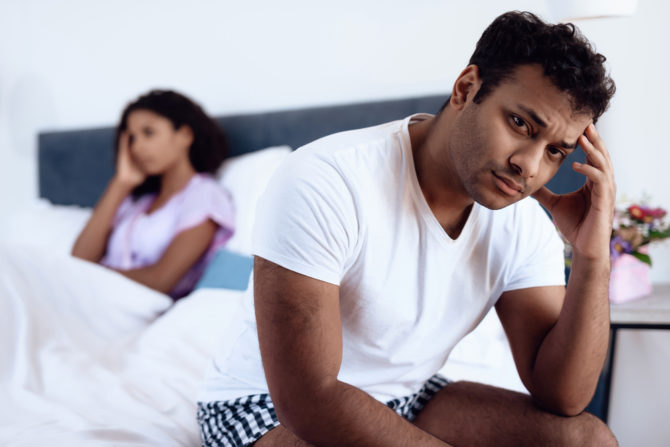 Groundbreaking news, folks: Some straight guys who suffer from erectile dysfunction with their female partners might not actually be straight. That’s the conclusion drawn in a report published by the British Society for Sexual Medicine, at least.

The report estimates that as many as 100,000 British men with ED might not actually have ED and are instead struggling with their sexuality.

Researchers say that only “a small minority of men in relationships with women” and who suffer from ED might actually be gay, but that the issue needs to be discussed.

“There can no longer be an excuse for avoiding discussions about sexual activity due to embarrassment,” they write.

Dr. Geoff Hackett, the study’s author, says that men who are wrestling with their sexuality “need to be pointed in the right direction.”

Hackett tells his colleagues that it’s up to them as doctors to help “point their patients in the right direction.”

“They might be able to overcome their issue if they come to terms with this,” Hackett writes. “If you do not get at this problem you will waste a lot of time and ineffective treatment going down the wrong path.”

Dr. Helen Stokes-Lampard isn’t sure doctors suggesting their patients with ED might be gay is the best strategy.

She tells The Sun: “There are many reasons for erectile dysfunction. It is essential patients have the safe space to discuss issues with their GP, whenever they choose to and in their own time.”

She continues, “But it is difficult to see how asking all patients unsolicited and impromptu questions about their sexuality is going to instill confidence and trust.”

Psychotherapist and clinical sexologist Dominic Davies adds, “It has been said that both erection and orgasm are independent reflex reactions. Each need a threshold of adequate mental arousal and physical stimulation.”

“If someone is having trouble in getting an erection it’s definitely appropriate to ask whether the person feels sufficiently turned on by their partner or the activities they’re doing to get an erection.”

He adds, “‘Oh, you can’t get it up with your wife, do you think you’re gay?’ is unlikely to be helpful.”