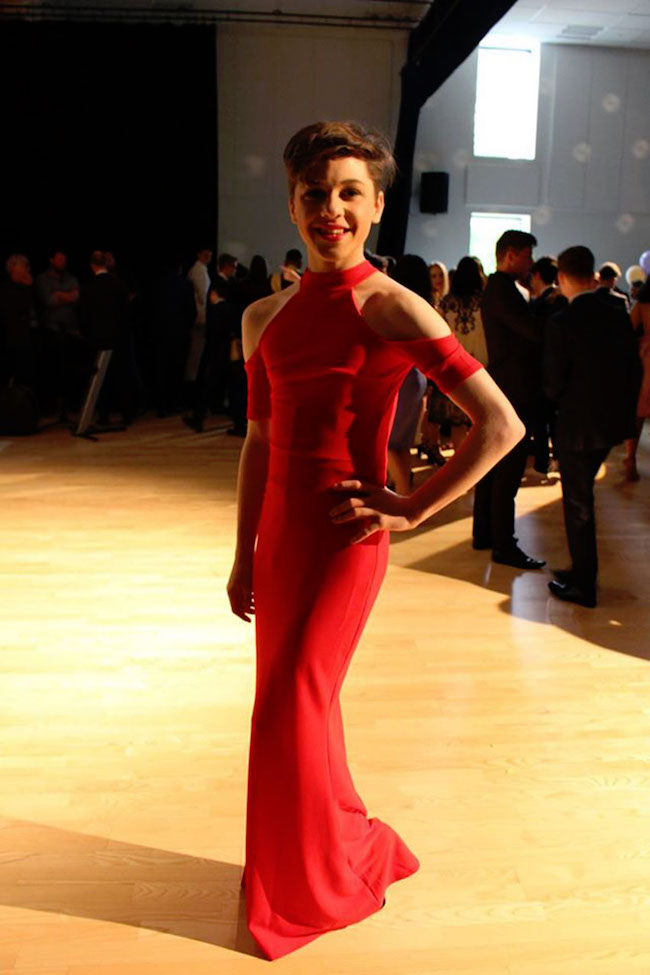 Who won the world? Apparently a recent high school grad in Shropshire.

The young man’s performance of Gloria Gaynor’s “I Will Survive” on his last day of high school has wasted no time in going viral, and rightly so.

But that first spark of inspiration gave way to an even better idea: He would perform in drag at the “Leavers Assembly.”

He asked teachers whether they’d back his high-heeled fever dream.

They initially denied his request, and one teacher said it would be “unrespectable.” (This was hopefully not an English teacher.)

But Penning wasn’t going to take this minor setback lying down. The next day, the student body prepared a petition, which quickly racked up 283 signatures from Penning’s classmates.

As you can see, he seized the moment in clompy black heels, red dress, and black fright wig.

He had the crowd of students and teachers eating out of his hand: they screamed and clapped, shouting “I love you!”

“I know you all wanted me to do ‘Born This Way,'” he jokes, “but I’m afraid I can’t move that fast in six-inch heels.”

“Instead we’re going to be playing a song that’s very special to me and it’s one you will know… ‘I Will Survive.'”

Don’t worry: there’s a moment where he defiantly snatches off his wig, Annie Lennox-style.

Taking his bow, Philipp quips: “That is the gayest thing to ever happen at Charlton School!”

Juniors of Charlton, we hope you’re taking this as a challenge and starting to hash out your choreography.