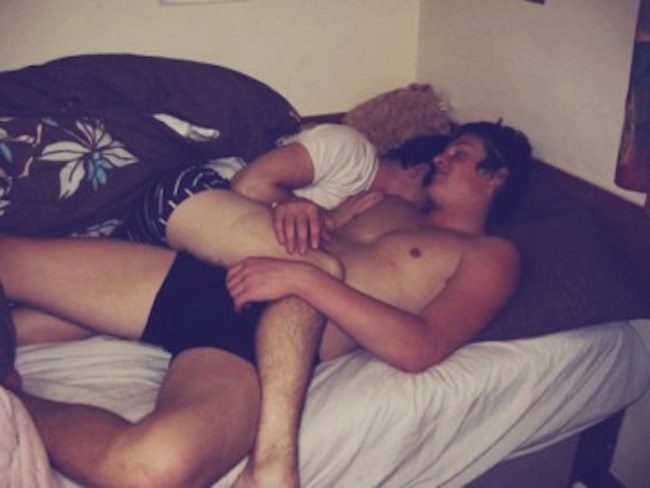 Conducted by The Journal of Social Psychology, the study found that straight people were far more likely to find their own sex rather attractive after they’d thrown down a few drinks.

You’re probably wondering how researchers arrived at these results. They approached 83 straight adults and tested how much alcohol they’d consumed by using a breathalzyer test.

Study subjects were then shown video clips (both of the same sex and opposite sex) talking to a bartender and drinking at a bar.

Once they viewed the clip, participants were asked several questions about the people in the video: Would they have bought them a drink? Would they have had sex with them?

On the whole, male participants were interested in the females in the video no matter how many drinks they’d had.

But the more intoxicated they became, the more likely they were to find the men sexually appetizing, too.

Researchers found that men who’d consumed more than ten alcoholic drinks were as sexually interested in women as they were to men.

Women also became more interested in both sexes after knocking down a few cocktails.

Another recent study conducted by Western Carolina University found that “disparaging jokes are a way for some men to reaffirm their shaky sense of self, especially when they feel their masculinity is being threatened.”

According to Attitude, that research was gathered by asking groups of straight men to fill out an online questionnaire “designed to test their social attitudes and personalities, and their prejudice levels and antagonism against gay men and women.”