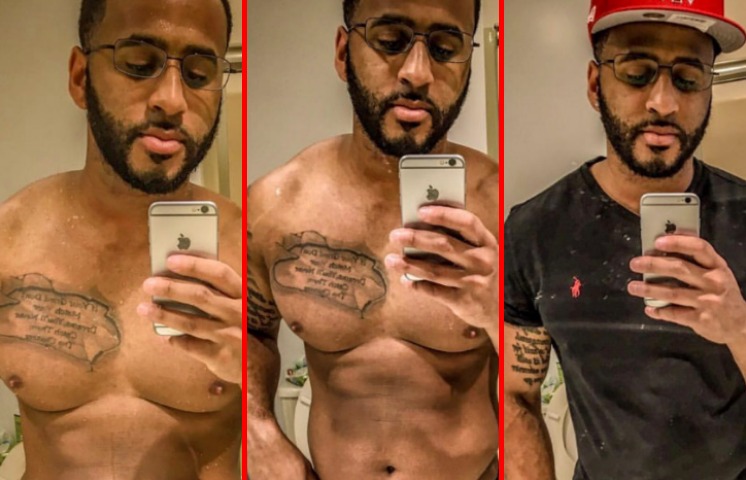 Dave Tyson is a person trainer from Virginia. Last month, he made a big reveal on his Instagram page when he announced to the world that he’s a submissive bottom and he’s not ashamed to say it!

“Topping’s cool but it doesn’t do it for me,” he wrote. “I am a proud submissive bottom and I refuse to be ashamed of that any longer!”

Now, Tyson has another message for the world. This time, he’s taking aim at all the gay men who give him crap for being a muscle queen.

Tyson says he’s sick and tired of guys who carry prejudice towards people like him. Too many guys think that all he has to offer are his muscles and nothing else. So in a new Instagram post, he boldly asks: “Have you ever thought that’s not the case?”

In the post, Tyson goes on to explain that there is so much more than meets the eye. His real reason for working out is simple: He likes to take care of himself.

“I care about my health and doing what I can to prolong my life for and with my loved ones as much as possible,” he explains.

And he’s drawn to other guys who work out because they like to take care of themselves, too.

“The body is lovely but guys like me recognize that’s only a by-product of him wanting to take care of himself,” he writes.

“Gay people talk of unity but yet, difference is so intolerable in this community,” he writes.

“The LGBT community who claims to want unity doesn’t see how they bully others. I mean really, in today’s world people get picked on for taking care of themselves and wanting that quality in a partner.”

Tyson concludes the post by saying he “gets” that “some people who hit the gym are insecure so they rely on their bodies for appeal.” But for him and many guys like him, that’s simply not the case.

“I want to remain healthy. The body that comes with me training is just a byproduct of my decision to live a happy healthy life,” he writes.

“Most guys know they should be taking better care of themselves. They just lack the drive and ambition so they want to ridicule us who don’t lack those two things. Or who value fitness is an important aspect of our lives.”

Related: Personal trainer comes out to family as a submissive bottom wearing just his jockstrap