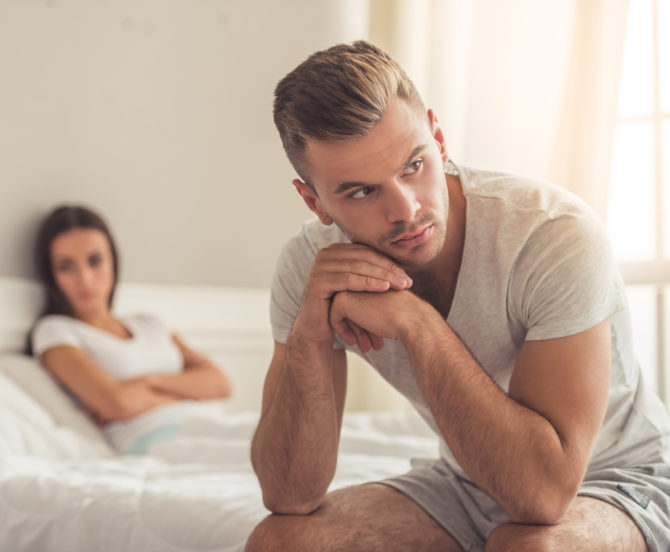 20 years ago, Doug Mainwaring walked away from his marriage to a woman because he realized he was gay.

“I made a stunning error in judgment,” Mainwaring writes in a new op-ed. “Thankfully, our marriage has been very happily restored for more than five years now.”

Yes, you read that correctly. Mainwaring divorced his wife, then remarried her 15 years later after he says “I learned that marriage is more than just a tradition or a religious or social construct. Monogamous, complementary, conjugal marriage is a pearl of great price worth investing one’s entire life in.”

Mainwaring, if you haven’t figured it out by now, is a devout Christian. He believes marriage is between one man and one woman and that homosexuality, in general, is nothing more than “hormone-triggered impulses” that keep people “prisoner.”

Related: What’s up with this creepy ‘pray the gay away’ ad popping up on LGBTQ people’s Facebook feeds?

He says people like him merely “seek nothing more than to fit in with the entire universe, to be part of the wonderful ecosystem of humanity and all of nature” and do not want to be “at odds with nature and the entire cosmos.”

Mainwaring spoke to other gay guys in his situation. Check out what they had to say:

One man who wanted to remain anonymous explains:

I don’t remember ever being attracted to someone of the opposite sex since my earliest memories. As a boy, I kept my feelings to myself knowing I would not be accepted if anyone knew how I felt. I joined the United States Marine Corps to learn how to be a man and learn masculine characteristics I lacked. After 6 years of service, I fell in love with the only woman I have ever been attracted to and we were married. … Had I followed my own desires and impulses toward other men, my life would be very different today.

People like me have always been around, but we seldom have any reason to speak up. I choose to do so now not out of any desire to help myself, but to advocate for those who are in the position I was in in my twenties and early thirties, and even more, for the children whom I believe deserve (if at all possible) to be raised by their biological parents if at all possible.

Mainwaring says he and his comrades don’t deny their same-sex attractions. In fact, they “fully accept” them, but they also refuse to allow those feeling to “dictate” their lives.

Mainwaring concludes by saying, “I would rather live freely according to reason, in harmony with the universe, than as a prisoner.”

off the market
26 comments

off the market
26 comments