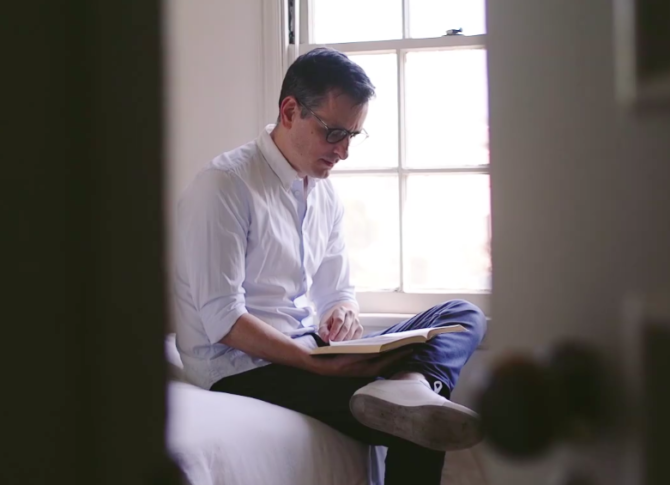 LGBTQ Facebook users aren’t happy about being targeted by a sponsored ad urging them to abandon their gayness and convert to Christianity ASAP.

The creepy video, which runs nearly nine minutes and was produced by a Christian extremist group called Anchored North, has been making its rounds on the social media site since last week, specifically targeted users whose profiles identify themselves as LGBTQ.

In it, a sort of cute middle-aged man talks over a soft music soundtrack about how he used to identify as gay and had a pretty fabulous life in Los Angeles–going to cool parties, attending premieres, and dating lots of cute guys. Everything was great! …Until one day he was sitting in a coffee shop and he saw a group of people reading the Bible. He struck up a conversation with them, attended their church, and–ta-dah!–just like that, he magically wasn’t gay anymore!

“I just met the king of the universe,” the man explains about his sudden transformation. “God! Jesus! … I was like ‘God, you have my whole life. This is it. It’s all yours!'”

He continues, “When I was living that gay life for many, many years, I was 100% sure that was my identity.” But, he says, now he knows “beyond a shadow of a doubt that homosexual was not who I was, that my identity was in Christ.”

Related: Moby claims to have highly sensitive info on Trump, and he just let it all out on Facebook

The ad concludes by telling viewers, “Even if you have found your identity in worthless things, Jesus died, and resurrected for you.”

But based on some of the videos comments, most LGBTQ people don’t seem to be falling for the propaganda:

Watch the creepy video below. Or don’t.