Heineken rolled out two new commercials in Europe, on the heels of a two-year campaign in the US featuring Neil Patrick Harris.

The yellow and red fruit drink has sparklers, smoke coming out, and a bird “head,” among other decorations. Next to him at the bar are two women, looking at him with some incredulity.

The narrator continues, “Are you sure?” Then suddenly, the man’s date comes over carrying two bottles of Heineken 0.0 with a smile and puts an arm around him. The two women also appear to be a couple (though they lack drinks). The narrator finishes, “That’s better. Cheers.”

It is the second LGBTQ-inclusive Heineken European ad in just a few weeks; the other one is trans-inclusive.

Pairs of people representing opposite points of view are sent into a warehouse with some instructions and a piece of furniture to build. They include a feminist, a trans woman, and a climate activist, each meeting someone who doesn’t believe in these matters.

The pairs start working together to build something without knowing that they fundamentally disagree, creating a bond before they are told to stop and watch a video interview of the other person as they express their views. The camera catches their faces as they react to learning the other represents their opposite.

They’re then given a choice: They can leave or try to discuss their differences over a beer.

Everyone gulps and thinks for a moment. The anti-transgender guy starts walks off, but then comes back. “I’m only joking,” he says and they laugh together. In fact, he offers to trade numbers with her to keep in touch. He adds that he’ll have to tell his girlfriend that’s he’s “texting another girl.”

All the pairs stay, and share a human moment of understanding.

Meanwhile in the US, Neil Patrick Harris has pitched Heineken in a humorous ongoing series (all three are from ad agency Publicis) for a few years. One in particular had heavy sexual innuendo, causing some homophobes to get bent out of shape.

“Award-winning Heineken Light is the best light beer you’ve ever tasted,” Harris continues. “That’s true. Can I have one?” asks the man. Harris asks, “Can I flip your meat?” After a long pause, the man says “No.”

A Heineken spokesman told Creativity magazine last year about the Neil Patrick Harris series: “We’ve partnered with Neil for three years to create commercials with the same fun and cheeky sense of humor our consumers have come to expect. He’s one of the most respected actors in the business, and we’re proud to be working with him on this current phase.”‘

In spite of the now LGBT-friendly ads, Heineken has not advertised directly in gay media in the US, but has done so in Europe, such as during Christopher Street Day in Germany.

Like a lot of big international brands, Heineken’s LGBT-themed commercials have come a long way since the late 1990s and early 2000s.

One from 1996, called “Wrong Bar” is set in “Chicago, Halstead Street” — a famous gayborhood.

Shouting over the pounding ’80s disco of Bronski Beat, one guy says to his friend, “This is lacking, man. Who told you about this place?” The other says, “A guy at work. The music’s great, huh?” The first then says, “We’ve been here an hour. Have you looked around lately? Where are the women, man??” 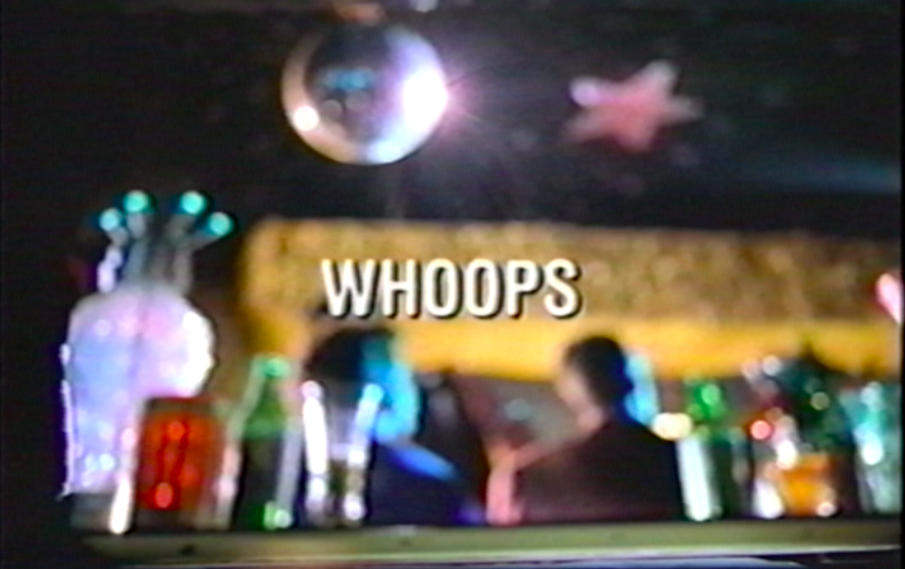 In 2000, Heineken either tried to make fun of homophobia or sell to it with “Male Bonding Incident.” Two buddies sit on a couch watching football and their hands touch when passing a beer. The men, sensing the awkwardness of it all, jump to opposite sides of the couch and one nervously says, “You know what this game needs? More cheerleaders.”

The other agrees, “Yeah.” 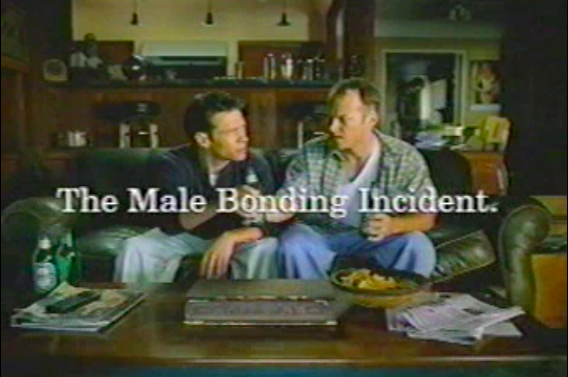 Several friends in a bar spot a woman from behind, but they doubt her gender. So one guy walks over to present a test for the woman, who has long blonde hair and is wearing a pink blouse.

He says “Hi” then presents the question, illustrating it with two beer glasses: “If the striker gets the ball between the keeper and the defender, what is it?”

“Off side,” she answers in a deep voice.

He simply says thanks and walks away with a smile. He returns to his friends and announces, “It’s a man.” One of the two has obviously won the bet and the other two laugh triumphantly. 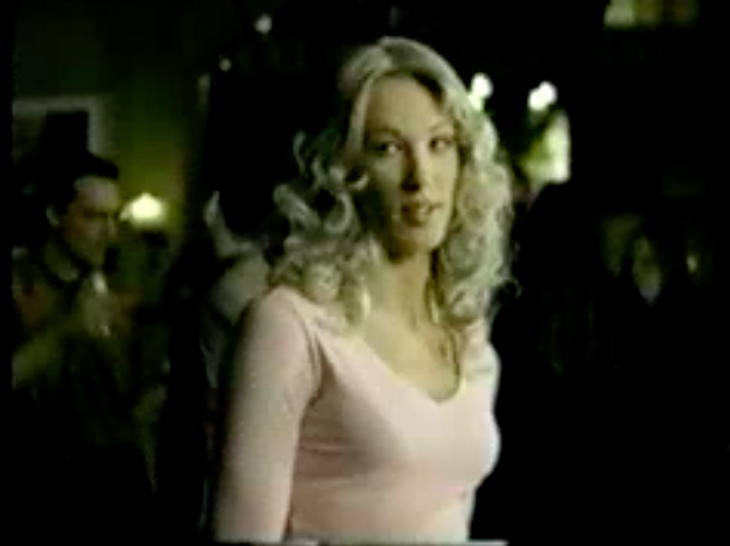 Check it out here

Related: The Homoerotic Heineken Ad That Bursts With Enthusiasm