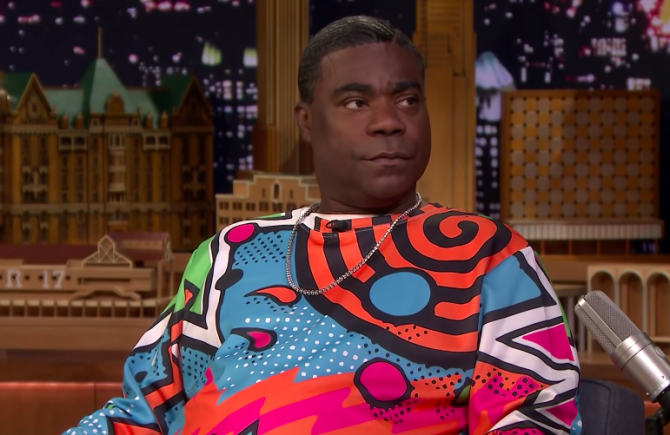 Comedian Tracy Morgan sat down with Jimmy Fallon at The Tonight Show where he talked at length about the Jussie Smollett hate crime hoax.

It all started when Morgan made a joke about being offered a role on Empire.

“They gave me millions of dollars,” he said. “Contractually, all I gotta do is not fake a hate crime.”

When asked by Fallon whether he believed Smollett’s story, Morgan didn’t hold back.

“Come on! First of all, racist people don’t be jumping nobody in the polar vortex. It’s too cold. They say, ‘We’ll be racist in the spring!’”

He then also made hay of the fact that Smollett’s alleged attack happened at 2 AM outside a Subway restaurant and that the 36-year-old actor never dropped his sandwich.

“It was, like, 10 seconds of footage, and then he disappears for like two seconds, then he reappears with the noose on his neck still holding the Subway sandwich!” Morgan said.

“He ain’t let that Subway sandwich go. I think it was pepperoni and cheese. I don’t know.”