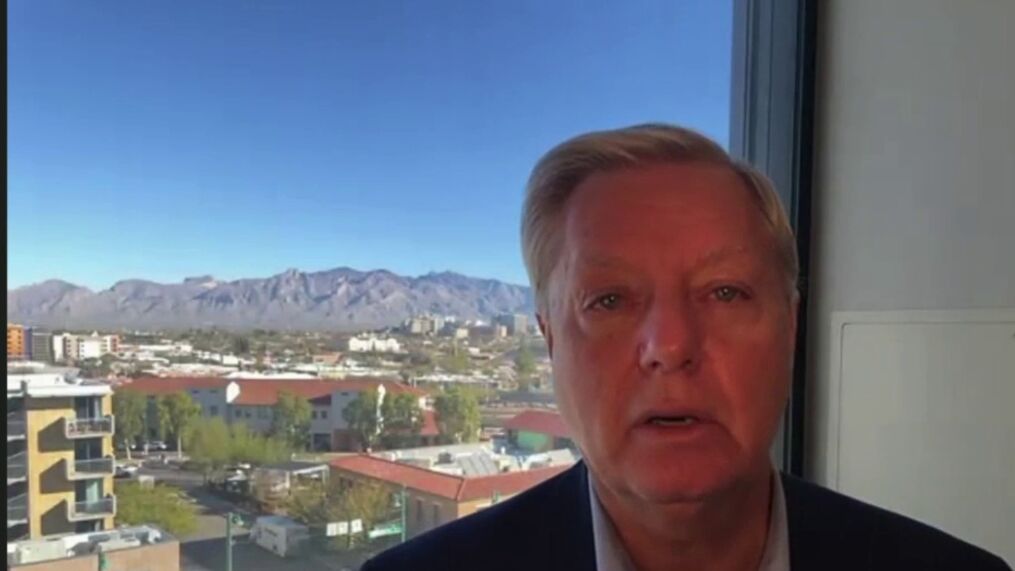 Lindsey Graham is currently the butt of a joke on Twitter.

Yesterday, Queerty reported that the antigay senator from South Carolina cruised down to Arizona over the weekend to monitor construction of the U.S.-Mexico border wall and he was absolutely aghast at what he saw.

In a series of dramatic tweets, Graham criticized the Biden administration for stopping construction on the wall. Then he shared several pics and videos of the gaping space and demanded it be taken care of immediately.

“Nothing around here makes any sense unless you plug this hole!” he declared.

The Biden Administration has apparently decided to stop construction and plugging this hole in the wall.

I'm going to make sure the Department of Homeland Security tells us why. pic.twitter.com/umNlhWuEjm

Lindsey Graham, while visiting an uncompleted Wall, said “Nothing around here makes any sense until you plug this hole.” To which the entire world replied “Too easy” pic.twitter.com/qCL3ynPr2K

Hearing “plug this hole” said repeatedly with @LindseyGrahamSC on screen was not what I had hoped for today before lunch. The fact that it was him saying it, well was surprisingly unsurprising.

Anything to talk about plugging a hole.

Worry about YOUR OWN HOLE GETTING FILLED, LADY G! 🙄

“Plug this hole” “None of this makes any sense.” So many possibilities to riff on this…but let’s settle for plugging the hole in @LindseyGrahamSC‘s head, I mean, logic.

there is a real video surfaced of Lindsey Graham asking, pleading, really, to “plug this hole” oh and shows gape too

Plug your own hole. That’s what needs plugged

Give him a pacifier to plug his hole.