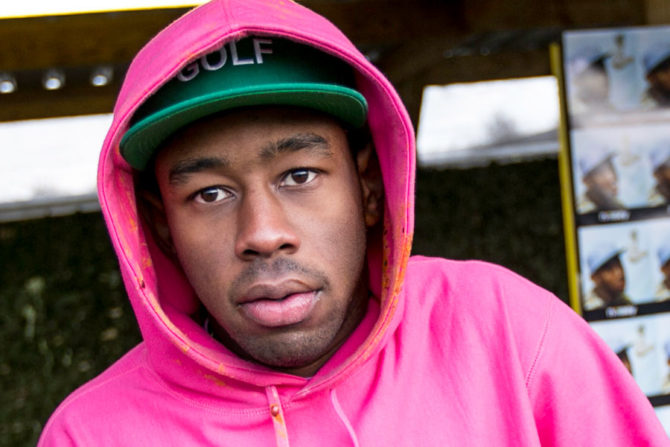 Did controversial rapper Tyler the Creator finally come out this week? Or is it just another attempt at trolling everyone, as is his wont?

Speaking to Know Wave’s Koopz Tunes radio podcast this week, Tyler revealed he had a boyfriend when he was a teenager.

Asked if he’s more open-minded these days, Tyler replied, “I had a boyfriend when I was fifteen in f*cking Hawthorne. If that’s not open-minded, I don’t know what is.”

Despite the bombshell reveal, the host didn’t ask any followup question about it.

26-year-old Tyler has strongly criticized f0r using antigay slurs in his albums, particularly his debut, which features the word “f*ggot” more than 200 times.

But his most recent release Flower Boy, which came out last month, contains some verses which seem to suggest he’s been with men in the past.

Related: We Liked It Better When We Didn’t Know Who Tyler The Creator Was

To confuse things further, yesterday the rapper tweeted that actually, on second thought, he didn’t have a boyfriend when he was 15:

figure of speech to get koopz 'open minded' point across, i was single at 15 haha

We’re not sure what to make of Tyler’s latest remarks… reveal? …publicity stunt? But we do know the act is getting rather old.