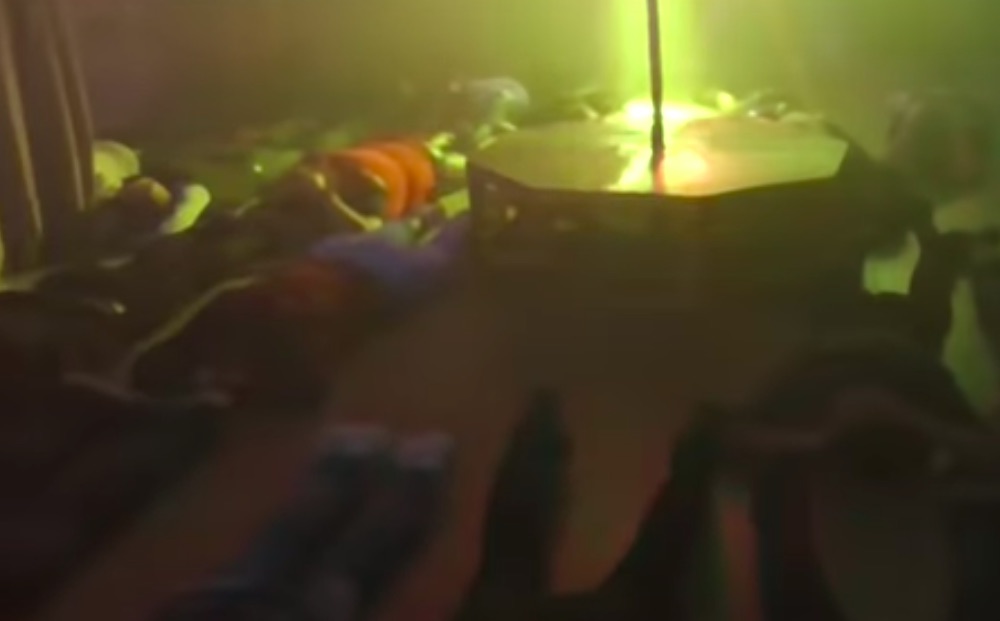 Ukrainian police recently raided Potemkin, a gay club in the eastern-central city of Dnipro (population 966,400). A local activist claims 25 to 30 police officers bursted in at 1am, forced the 30 patrons to lay face down on the club floor for three hours while police opened the windows to the 41 degree weather, confiscated their cell phones, yelled anti-gay slurs and jokes, injured one man and forced two foreign-born patrons to sing the Ukrainian national anthem.

While the club’s owners and some visitors have reportedly filed complaints against the police’s actions, the police claim that the raid was to investigate claims of prostitution and “management of brothels.” The police allegedly confiscated laptops, cellphones, condoms and other objects from the club, but didn’t list several missing items on their official log of confiscated items, according to the local “Nash Mir” LGBTQ Center.

In a statement about the incident, the Nash Mir LGBTQ Center wrote:

It turns out that the National Police of Ukraine considers sexual contacts of adult men as immoral acts, a regular activity of a night club (dances and shows) as a criminal offense, and distribution of condoms as promoting debauchery…. The police also provided no explanation of their clearly illegal, unprofessional and unethical actions, harassment of the club’s visitors who were not accused of any crime.

We strongly condemn these obviously homophobic and illegal actions of the police in Dnipro city. At the time when there is no shortage of genuine criminal offenses in Ukraine, including hate crimes based on sexual orientation, the police actually engaged in the fight against gay sex between adult men by mutual agreement!

We want to separately emphasize that to prosecute so-called “distribution of pornography” and “running brothels” (Articles 301 and 302 of the Criminal Code respectively) is an anachronism in the modern democratic world and an instrument of selective pressure if this affects the voluntary actions of adult individuals.

Indeed claims of prostitution are used throughout the nearby Middle East as a pretext for harassing and arresting openly LGBTQ citizens.

The video below contains 36 seconds of footage taken by police during the raid.

In nearby Russia earlier this month, police in the northeastern coastal city of Arkhangelsk, Russia raided the local LGBTQ center, “inspecting and withdrawing materials” from the center and detaining “volunteers, lawyers and five volunteers” inside, according to Gay Star News.