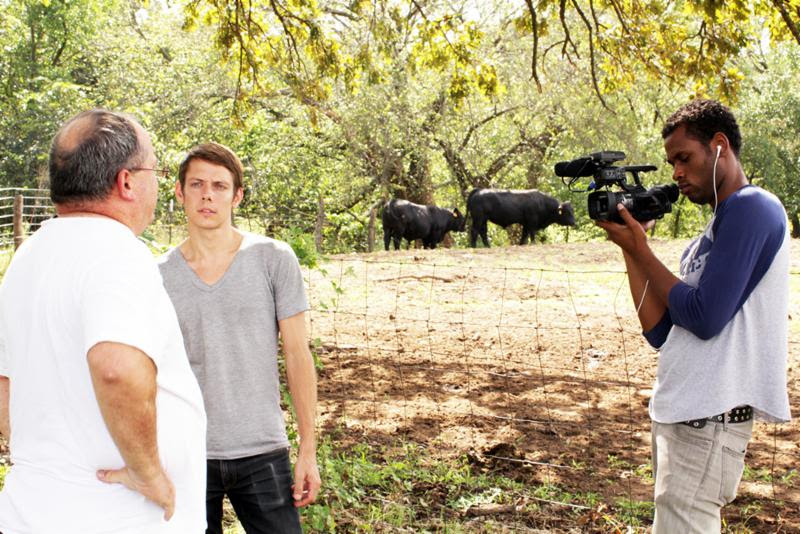 Nathan Manske’s I’m From Driftwood non-profit has spent the last decade producing, curating, and publishing first-person stories from the entire spectrum of the queer experience – from love, coming of age, and parenting, to race, homeless youth and gender nonconformity.

As Manske points out, when I’m From Driftwood launched in March of 2009, there was no federal hate crimes legislation, ‘Don’t Ask, Don’t Tell’ was still in effect, and federal marriage protections were nearly a decade away. The world has changed dramatically since then and the organization has brilliantly documented the journey every step of the way. Since launching, it has published 576 Video Stories that have received over 17 million YouTube views.

To celebrate the big 1-0, we asked Nathan to put together a small sampling of his favorite vids and to comment on them.

Many happy returns to the great I’m From Driftwood.

Brian Sims was one of our earliest stories. I first read about Brian on Outsports. Brian lived in Philadelphia and Marquise, my videographer at the time, lived in Philly too, so I figured it was worth a shot to reach out to him. I simply emailed him, he responded, and we set up the shoot. Unbelievably nice and genuine guy.
Don Bell

In 2016 we launched a program called “What Was It Like?” which features stories of LGBTQ elders. Instead of sharing one story, like our normal Weekly Video Stories, the storyteller shares 5-8 stories. We filmed Don in Chicago and simply adore him. We still text each other to check in and see how we’re doing.
Pearl Bennett

Also part of our “What Was It Like?” series, this story from Pearl is the story I share the most when I do presentations at schools, corporations, etc. Everyone becomes enamored with Pearl. And with a story about Fire Island in the 90s and the moment where you decide to live your truth, what’s not to love?
JC Brown

We work with each storyteller to find a story and help them craft it before we start filming, and JC knew from the first moment we spoke that he was going to share a story about racism towards Asians in the gay community, and had the examples to back it up. It led to lively discussion everywhere the story was shared.
Maria Tridas

“Hey, I’m Maria. Oh yeah, I happen to like girls. I happen to be intersex. I happen to be a Latina. I happen to eat pizza.” Maria had such an effortless and charming way of incorporating education about what Intersex is into her story. We had an event spotlighting people who are Intersex and she told the audience that there are as many intersex people as there are redheads.
Erin Busbee

Erin’s (they/them pronouns) story is so comforting to watch because they give examples of how comfortable they are with being gender nonconforming from a young age and how they’ve embraced it and enjoy being part of all genders. Also their dad is beyond amazing.
Scott Blair

There’s a reason Scott’s story is our most-viewed ever. While he’s riding in the car with his mom, he comes out to her. “I feel like driving this car into a tree,” she says. He responds, “Can you let me get out of the car first?” After he’s sent to conversion therapy, he shuts down the therapist with intelligence and smart retorts. You want Scott on your side of an argument.
Charlie Poulson

I’m grateful any time our stories can start conversations or touch on things that aren’t discussed often and as Charlie says at the end of his story: “I think this story is important to share because not very many people have conversations about transitioning past surgery.”
Kelvin

Some of my favorite types of stories touch on what it’s like to be LGBTQ+ in other countries. I really like Kelvin’s because part of his story makes it feel like there are similarities between our struggles no matter where we are, but also how there are nuanced differences based on the culture.
Nelson Moses Lassiter