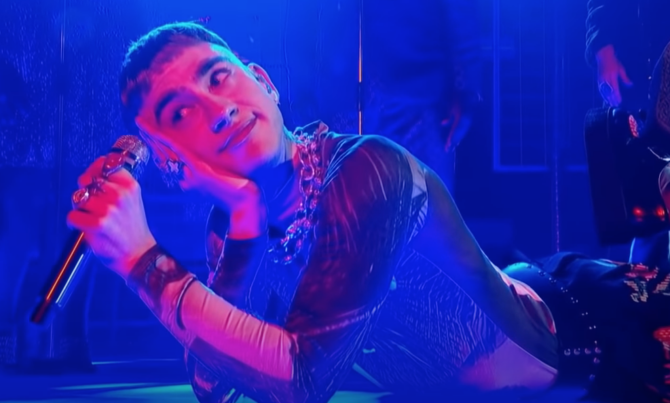 Olly Alexander rang in the new year with a BBC special featuring Kylie Minogue and The Pet Shop Boys, and apparently the festive spectacle (festacle?) was “too sexy” for some viewers. 179, to be exact.

Alexander, 31, took to social media to share his reaction to the complaints, as well as a solid New Year’s resolution — next time he’ll shoot for 200.

“179 people complained i was too sexy !!! gonna aim for 200 next time,” the Years and Years singer and It’s a Sin star tweeted:

The BBC also issued a response, though the tone is objectively less fun than Alexander’s.

“The event and the staging of this late night show is intended to be a celebration for all and we hope that for the majority of viewers watching, the tone of the overall concert remained within general audience expectations,” the network said.

You can catch the full concert below and judge just how sexy it was:

Alexander’s first solo album, Night Call, will be released on January 21. He shared his excitement about the project, as well as escaping Covid isolation, on Instagram:

“I’m covid free! Yayyyyy! I got out of isolation and it felt good. This is actually a selfie from my room but oh well. My album Night Call comes out next Friday! It’s the third album from Years & Years but the first as my solo project, it’s literally taken years but it’s finally coming out!”