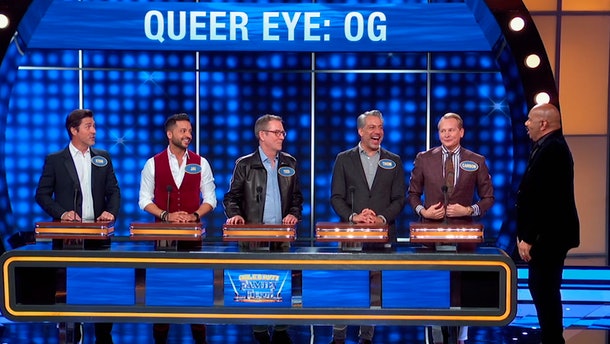 Talk about all in the family.

Hamilton steps in for Queer Eye cast member Karomo Brown, who was unavailable to shoot the episode.

Queer Eye for the Straight Guy debuted 15 years ago and presented a group of gay men working to overhaul and improve the lives of stylistically and emotionally stunted straight men. The series ran for 5 seasons on Bravo, and inspired the spinoff Queer Eye for the Straight Girl. The revival of the show debuted in 2018, and new features its cast of experts traveling the country to provide life coaching to queer and straight people alike.

The special episode of Family Feud airs on May 31 on ABC.