Attention Showgirls fans: prepare to get your fix in an actual good movie. Hustlers follows the true (!) story of a group of exotic dancers who, in the wake of the 2008 financial crisis, fight back against robber baron stock traders by using feminine wiles to filch them. Constance Wu (Crazy Rich Asians) continues her winning streak with an athletic and emotional performance, while Jennifer Lopez reminds the world that for all her tabloid fodder she can act in a role that allows her dramatic range and the opportunity to show off her outstanding dancing skills. Out actress Trace Lysette, Cardi B. and Lizzo all have fun supporting turns in a heist movie all about friendship.

The Historic: Where’s My Roy Cohn

Out documentarian Matt Tyrnauer (Scotty & The Secret History of Hollywood) strikes again with his most accomplished and ambitious film to date. Tyrnauer turns his lens to the caustic—if legendary—lawyer Roy Cohn, who for years worked as a far-right wonk that helped to send the Rosenbergs to the electric chair through judicial impropriety, ended careers by outing queer men and women, and helped a skeezy real estate huckster named Donald Trump rise to fame. The twist: Cohn was gay himself, which he denied right up until his own death from AIDS. Tyrnauer gets some remarkable access, including interviews with Cohn’s family and longtime boyfriend that help lend an understanding to one of history’s most mysterious figures. He also does the impossible: making Cohn at least somewhat pitiful, if both contemptible and pathetic.

Speaking of horror movies, director Jovanka Vuckovic swears up and down that her queer, post apocalypitic adventure film—in which everyone dies of a strange disease at age 18—is not a horror film. She could have fooled us; by turns thrilling and darkly funny, Riot Girls centers on the genderqueer punk heroine Scratch (Paloma Kwiatkowski) as she hand her girlfriend Nat (Madison Iseman) lead a band of resistance fighters against the villainous Jeremy (Munro Chambers), a former football star-turned-dictator in a small Canadian town. In essence, Riot Girls plays like a cinematic graphic novel, mixing horror and comic book conventions with Heathers-type digs at high school culture. We think it’s about damn time the world had a punk lesbian action hero, and Riot Girls offers a great one in a very entertaining story.

The Leg Uncrosser: All Male, All Nude

The Underrated: This Close

Season 2 of the Sundance series arrives this week, and totally won us over with its mix of humor and drama. This Close follows the mishaps of besties Kate & Michael played by series creators Shoshanna Stern & Joshua Feldman, both of whom are deaf. As Kate struggles with a flagging career in PR, Michael copes with a tumultuous relationship with longtime boyfriend Ryan (Colt Prattes) and substance abuse. With an extended cast that includes Oscar-winner Marlee Matlin, Margaret Cho, Nyle DiMarco, Marcia Cross and Steven Weber, the show plays like a more grown-up version of Will & Grace, yet somehow manages to be just as funny and endearing. More than that, we developed a massive crush on Feldman for his charm and irresistible smile. 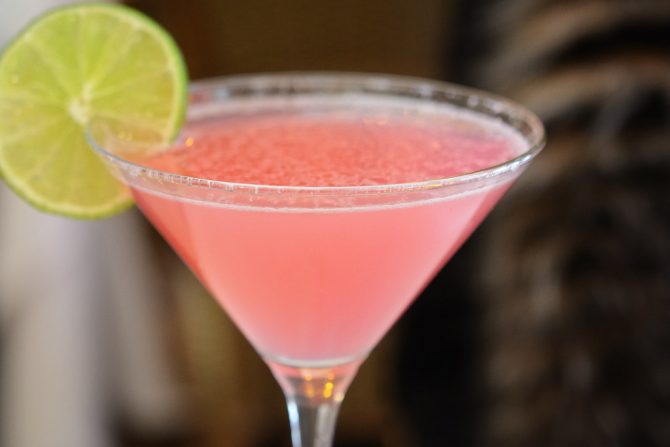 In honor of Hustlers and All Male, All Nude, we offer up this week’s libation: the Pink Stripper, a vodka citrus martini designed to have you shedding clothes and grinding with or without a pole